Free 30-day Trial for the Dictionary of Irish Biography!

Follow this link http://dib.cambridge.org and try the dictionary. There’s no need to log in. Please send your feedback to amy.slowik@wku.edu.

For most of the 1950s, the 31-W Garage stood at 95 State Street, providing auto parts and service to Bowling Green motorists.  During 1950, owner Andy Raby kept an account book recording his daily receipts.  This account book is now housed in WKU’s Special Collections Library, along with many other collections of records, clippings and photos that document the history of Bowling Green businesses.

As the 31-W Garage account book shows, gas prices in 1950 were about 27 cents per gallon – Bowling Green resident Duncan Hines (yes, that Duncan Hines) paid $2.70 for just over ten gallons.  At first glance, this seems like a real bargain but, adjusted for inflation, works out to about $2.39 per gallon at today’s prices.

A finding aid for the 31-W Garage account book can be downloaded here. 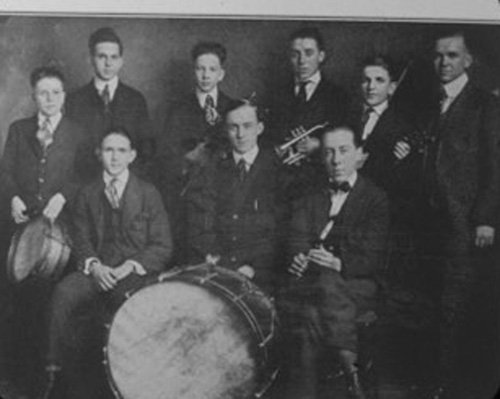 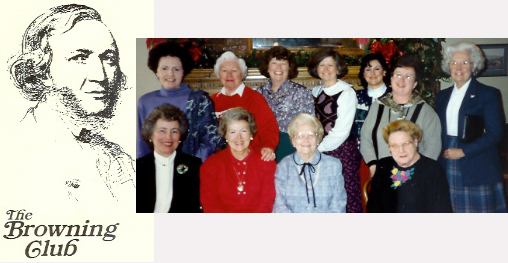 “All weather and winds are alike / Skies may be smiling or frowning / Earth’s a forgotten dream to one / Who opens a volume of Browning.”  These lines by Bowling Green author Eliza Calvert Hall reflected the joy with which Americans in the late nineteenth century embraced the poetry of Robert Browning.  Beginning in the 1880s, Browning Clubs sprang up across the country, providing women in particular with the opportunity for intellectual and cultural stimulation as well as fellowship.

Bowling Green’s Browning Club was founded in 1895.  Although its main purpose was to read and study the poet’s work, discussions soon extended to history, politics and music as well as authors and literature in general.  A year’s worth of club programs usually explored different aspects of a general topic: for example, Thomas Hardy (1928-29), the seventeenth century (1933-34), Russia (1937-38), Latin America (1940-41), and Shakespeare (1950-51).

The Browning Club has recently donated a collection of its club materials to WKU’s Special Collections Library.  Included are minute books, membership information, clippings, photos, and program lists.  Most of the material dates from 1950-1997, but the programs date as early as 1913.

Side by Side: VSA Arts Exhibit Kicks Off

On Sunday, January 17th, over 100 art students, parents, and professional artists attended the “2010 Side By Side VSA arts” exhibit opening at the Kentucky Library & Museum. The art exhibit, which is in the Garden Gallery, includes paintings, drawings, sculpture, and ceramics. VSA arts of Kentucky is a statewide, non-profit organization dedicated to promoting arts, education and creative expression for all, with an emphasis on persons with disabilities.The work will be on exhibit thorough March 31st.

Data on Past Quilt Exhibit Preserved in Folklife Archives

In 1986, students in WKU’s Folk Studies program created “Scraps to Quilts: Derby Fabrics, Women’s Quilts, and Family Stories,” an exhibit of local quilts that had been made using fabric scraps from the Union Underwear Company’s “Derby” plant in Bowling Green.  The students began by inviting owners to bring in quilts to be photographed and have their histories documented.  The Kentucky Museum then displayed a selection of the quilts from April to October 1986.

Although the physical exhibit is long gone, the information collected by the students, including photo proof sheets and negatives, quilt data sheets, audiotaped interviews, exhibit labels and associated research, remains available in WKU’s Folklife Archives.  A finding aid for the “Scraps to Quilts” exhibit materials can be downloaded here.

The Kentucky Museum exhibit galleries and Museum Store are open during the upcoming holiday weekend (January 16-18). Hours are 9 to 4 on Saturday and Monday and 1 to 4 on Sunday. The Harrison-Baird Reading Room will close during this period however. Regular hours for the Kentucky Library & Museum resume on Tuesday, January 19.

Two GI Joe action figures, a WWII Pacific Marine™ and GI Joe Pearl Harbor Hickam Field Defender™ action figures recently “enlisted” in the KYLM Toy Collection. One of the iconic toys of the 20th century, GI Joe made his first appearance at the 1964 International Toy Fair in New York where he was presented as an action figure rather than a doll. Made with 21 moving parts, action figures representing all four branches of the service were introduced during the first year.

The two figures in the KYLM collection resulted from the generosity of a WKU alumnus who participated in a talk on the Kentucky Library & Museum Toy Collection during the 2009 Alumni College.

Learn more about the KYLM Toy Collection which includes more than 1,200 toys, dolls, and games.

Juanita Hood Stockton, class of 1954, attended WKU between 1950 and 1954.  During her time here she created two scrapbooks which were donated to University Archives.  In late 2009 the scrapbooks consisting mainly of photographs were scanned and then taken apart in order to better preserve the images.  Ms. Stockton included images of herself and friends such as Rosemary Scholl, Reed Johnson, Barbara Marsh and Nancy Slocum.  There are images of couples preparing for Military Balls, Valentine’s Day dances, Beech Bend Park, Fountain Square Park, Hilltoppers Lunch, the Senators Club and in the dorms.

This week pdf files of those scrapbooks have been made available through TopScholar: http://digitalcommons.wku.edu/stu_alum_papers/.  Individual images which have yet to be identified are also available through KenCat – search using Juanita Hood Stockton.  Check out these sources to see a slice of campus life from the early 1950’s and help us identify some people.