The Helm & Cravens Library will be closed for the Holidays from December 17th until January 2nd. Happy Holidays!

New Land Grant is a Curiosity

Land Grant 425, the newest addition to the Kentucky Library & Museum’s Land Grant Collection is a bit of a curiosity.  Dating from 1826, the piece looks like many of the other land grants  in appearance.  For the most part these documents were large printed paper forms with blanks for pertitent information.  Many times a wax or embossed seal was attached near the bottom left margin.  Land grants were issued for military service or to pioneers willing to settle on theretofore unclaimed land.

Land Grant 425 was issued by Governor Joseph Desha  (1768-1842) in 1826 to the Trustees of Augusta College, a Methodist institution located in Bracken County, Kentucky.  It was certainly not unusual for educational institutions to receive tracts of land to underwrite their operating costs, but this particular grant included five hundred acres in Sumner County, Tennessee.  Why was the state of Kentucky allowed to issue a grant for land in another state’s territory?

This curiosity is acutally one of nearly 4600 grants that Kentucky issued for land in Tennessee between 1820 and 1926.  The land, as delineated in Land Grant 425, was located “South of Walker’s line.”  This disputed land  was part of a large sliver of land at Kentucky’s southern border that was inaccurately surveyed in 1779-80 by Thomas Walker.  The dispute was inconclusively settled with a new survey in 1859, but political wrangling over the matter continued for several generations.  Because of this boundary dispute, some people located in Cumberland County, Kentucky in the 1810 U.S. census are found in the Tenneessee counties of Jackson or Overton ten years later.

A finding aid and photograph of the land grant can be found here.

Comments Off on New Land Grant is a Curiosity

At noon on December 16, 2010 in Mariah’s Restaurant, Bowling Green, KY, the WKU Libraries celebrated the Holiday and gave annual awards to faculty, staff, students, and a team that excelled in the past year. The Margie Helm Awards are given in memory of Margie Helm, who used to be the Director of WKU’s library services in the 1950s.

The student awards were given to Cassandra Matthews from the Dean’s Office, Tea Lacic from Library Technical Services, Courtney Hatley from Library Special Collections, and Arthur Petersen from the Library Public Services.

Comments Off on WKU Libraries Celebrates Holiday and Awards Achievers

And to All a Good Night 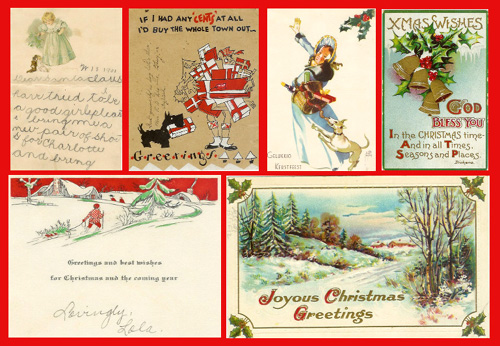 WKU’s Special Collections Library has a wealth of material documenting the celebration of Christmas by generations of Kentuckians.  Pictured above is a 1901 letter to Santa from young Elizabeth Coombs; a Depression-era greeting card; a card sent from post-World War II Holland to the Grise family of Bowling Green; a postcard greeting to Captain Edward Hines; a 1928 card from “Lola” to her friend Lila; and World War I-era greetings to Ray Howell from his brother.

Our Manuscripts & Folklife Archives include interviews with Kentuckians reminiscing about their childhood Christmas traditions, as well as many letters from soldiers stationed in war zones as they remember their loved ones over the holidays.

To find out more about Christmas in our collections, search TopScholar and KenCat.

Comments Off on And to All a Good Night

Over her 40-year teaching career at WKU, Nelle Gooch Travelstead (1888-1974) was known for her energy in the classroom, her civic activism, and her ferocious devotion to her two boys, Will (1909-1981) and Chester (1911-2006).  The papers of Chester Coleman Travelstead, now available at WKU’s Special Collections Library, document the lives of this indomitable single mother and her sons.

Comprising more than 4,500 items, the collection includes Chester Travelstead’s personal and professional correspondence and that of his mother, brother, and wife Marita.  Travelstead edited his mother’s papers, wrote a reminiscence of his World War II naval service aboard the USS Comet, and kept a journal of Marita’s battle with Alzheimer’s Disease.  The collection also documents Chester Travelstead’s distinguished career as an educator.  A WKU alumnus, Travelstead received his doctorate from the University of Kentucky in 1950, and for the next 27 years served in faculty and administrative positions at universities in Georgia, South Carolina, and New Mexico.  He received four honorary degrees, and in 2004 the University of New Mexico named its College of Education administration building after him.

Prior to his appointment in New Mexico, Travelstead had been ousted from his position as Dean of Education at the University of South Carolina.  The trouble arose in 1955, after he spoke to a summer session on the topic “Today’s Decisions for Tomorrow’s Schools.”  Delivered in the wake of the U.S. Supreme Court’s decision in Brown v. Board of Education, the speech urged the timely integration of the nation’s public schools.  Travelstead’s speech and the resulting letter of dismissal are part of the collection, but so too are the accolades he later earned for his forward-looking views.  During its bicentennial in 2001, the University of South Carolina honored Dean Travelstead as a man of “uncommon courage in uncommon times.”

A finding aid for the Chester Coleman Travelstead Papers can be downloaded here.

Helm-Cravens Library will be open until 2am again this finals week from Sunday Dec 12 through Thursday Dec 16. As in past semesters Western’s Student Government Association is helping to underwrite this service to our students. The Student Technology Center on the second floor of the Helm Library will close at its usual time, but all other areas of the library will be open until 2am. Java City will be providing refreshments for students needing a study break.

Comments Off on Library Finals Hours 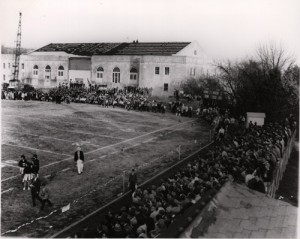 Let’s celebrate Christmas in the Kentucky Building on Saturday, December 4, at 11:00 a.m. – 2:00 p.m. There are children’s activies, carloers, ornament making, and picture taking with Santa and Mrs. Claus.

This Christmas in Kentucky event is free, so bring your family to the event!

Comments Off on Celebrate Christmas in Kentucky 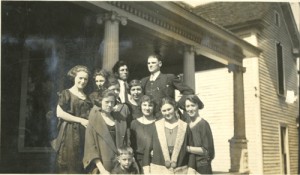