As part of Kentucky Literacy Week (February 28 through March 4, 2011) the Educational Resources Center (ERC) in Gary A. Randsdell Hall in partnership with College of Education and Behavioral Sciences’ School of Teacher Education hosted its first ever “Read-In” Tuesday, March 1, 2011 at 4:00 -5:00 p.m. Everyone in the WKU community was invited to participate by bringing their favorite book–appropriate for all ages!–and read a short selection.

Promoted statewide by First Lady Jane Beshear, the celebrations are intended to highlight literacy in Kentucky, celebrating the accomplishments and focusing on the challenges. The event drew a large crowd of participants including students, staff, faculty and children. WKU’s First Lady Julie Ransdsell opened with a story from Dr. Seuss; Gordon Baylis, Vice-President for Research, read a chapter from acclaimed London novelist Ian McEwan; the Provost, Gordon Emslie, read a classic baseball story by Roger Angell, sports columnist from the New Yorker which highlighted the final game of the 1978 American League season between the New York Yankees and the Boston Red Sox (the Red Sox lost); the Dean of Libraries, Mike Binder, read a section from Ray Bradbury’s classic Fahrenheit 451. Brian Coutts, Department Head of Libraries Public Services, read a section from Man Martin’s humorous novel, Days of the Endless Corvette, Dr. Kay Gandy read from “The Lost Continent: Travels in Small Town America” by Bill Bryson, and Professor Haiwang Yuan read an ethnic folktale “The Mother Who Drives the Sun” from his book Princess Peacock: Tales from the Other Peoples of China. Other contributors included Ellen Micheletti and Jack Montgomery, both from the WKU Libraries.

Education students participated as well: Penny Allison read a poem by Paul Laurence Dunbar, one of the first prominent African American poets, born in 1872 of parents who had escaped slavery in Kentucky; Jamie Silverberg read from the children’s book Enemy Pie by Derek Munson, Jonathan Large read a poem from Shel Silverstein’s popular Where the Sidewalk Ends, and Jessie Varner read from a picture book about Daniel Boone.

Photo Album of the Event END_OF_DOCUMENT_TOKEN_TO_BE_REPLACED

Comments Off on Celebrate Literacy Week with WKU Libraries!

US Bank Celebration of the Arts

The US Bank Celebration of the Arts took place on Saturday, February 26, 2011 at the Kentucky Building on WKU campus. Over 370 art pieces from about 200 artists were on display and awards were given to the winners in the competition.

Photo Album of the Event

Comments Off on US Bank Celebration of the Arts With 5,446 items in WKU’s Research and Creative Activity Database, TopSCHOLAR® attained 201,219 full-text downloads to date and 121,999 downloads in the past year. Check out digitalcommons.wku.edu and contact connie.foster@wku.edu for more information on how your efforts can be accessed globally! TopSCHOLAR® allows for hosting conference sessions, publishing journals, and extending other intellectual efforts to the world.

Comments Off on TopSCHOLAR® Downloads Exceed 200,000 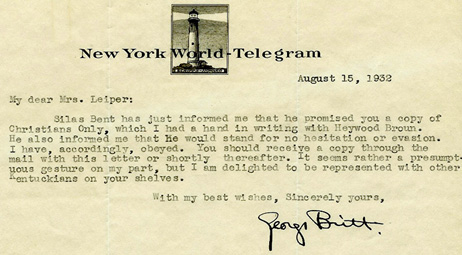 Since it opened in the 1930s, WKU’s Special Collections Library (formerly the Kentucky Library) has drawn inquiries about its collections from authors, historians, collectors and genealogists near and far.  Before Google searches, digital text or e-mail, library staff members Elizabeth Coombs, Mary Leiper Moore and director Julia Neal corresponded with both scholars and amateurs seeking to research their books and articles, locate a rare publication, or fill a gap in family genealogy.  In their replies, the librarians never passed up the opportunity to obtain a copy of the author’s latest work or a pledge to donate his/her personal papers.

A collection of this correspondence, now available at the Special Collections Library, dates from the 1930s to the 1970s and includes letters from authors such as Thomas D. Clark, Anne Pence Davis, Janice Holt Giles, Jesse Stuart and Joy Bale.

Sometimes the authors are interested merely in locating an elusive source; at other times, they write at greater length about their work and that of others.  “At present I am spending most of my time in collecting old drafts and photographing old coverlets,” wrote Kentucky master weaver Louisa Tate Bousman (“Lou Tate”).  “Do you have in your collection of Kentuckiana any manuscript account book or diary of some planter or farmer in which is enumerated the different expenditures in connection with the slaves?” asked J. Winston Coleman, Jr.  Responding to a request for her papers, Joy Bale admitted that she never kept drafts of her poems because “I am so glad when a poem of mine finally reaches what I consider MY best that I joyously tear up all beginnings.”  Writing from the University of Kentucky, James Thomas Cotton Noe asked for guidance in “the task of building a Kentucky collection for our library.”

A finding aid for the Authors Correspondence Collection can be downloaded here.  For other resources on authors in Kentucky and elsewhere, search TopScholar and KenCat.

Comments Off on Help Wanted

Java City in Helm Library has been filled with music this month.  February’s offerings wrap up tomorrow, Wed. the 22nd with Atlanta singer/songwriter Sarah Peacock.  Sarah’s pop country style combines is a little bit Sugarland, a little bit Ann Wilson of Heart and a little classic rock to keep things interesting.  It could be snowing or it could be 65, but its always cool in Java City! Check Sarah out here.

Thanks to Independence Bank for their sponsorship.

Comments Off on Java City Concerts

Biography Reference Bank contains biographies or obituaries for over 660,000 individuals, along with over 35,000 images. Many of the biographies are enhanced with feature articles, interviews, essays, book reviews, performance reviews, speeches, obituaries, and biographical content from other Wilson databases. Biographies are searchable by name, profession, title, place of origin, gender, race/ethnicity, date of birth, date of death, and keyword. The database contains selected full text of the articles from more than 100 reference books, plus the full text of the following titles published by H. W. Wilson: 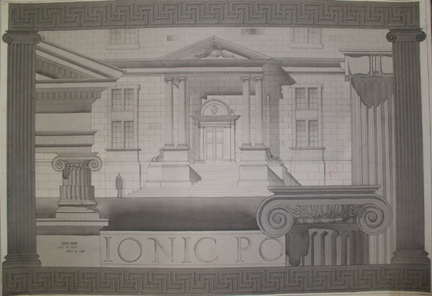 On the evening of February 17, 2011, Professor Yuan gave a presentation at Barnes & Noble as part of WKU Libraries’ “Far Away Places” international talk series. He talked about the changes taking place in China over the history, particularly after it opened it up and went through the economic reform in the late 1970’s. He looked at China through the window of Tianjin, a large city he knows best because he grew up there and has frequented it almost every year since 2000.

Comments Off on Far Away Places Presented Haiwang Yuan 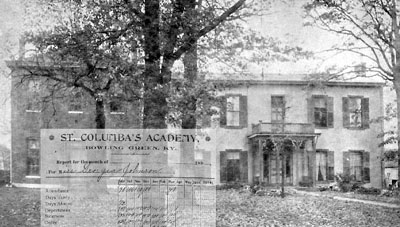