Charles Smith has just returned from a three-day conference in Mexico City at which he gave an invited lecture on the naturalist Alfred Russel Wallace.  The host institution was UNAM, the most prominent Mexican university.  Smith will also be speaking at three other international conferences later this year, one in New York, and two in England. 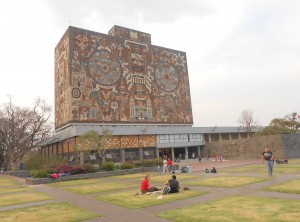 Comments Off on Dr. Charles Smith lectures in Mexico City