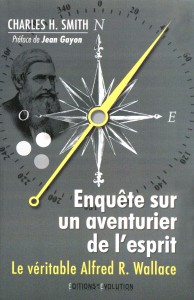 Charles Smith, Science Librarian, recently released a book in French:   Enquête sur un Aventurier de l’Esprit: Le Véritable Alfred Russel Wallace, through the Paris publisher Editions de l’Evolution.  Dr. Smith was asked to put together a series of essays on naturalist and social critic Wallace’s work for the French readership as part of worldwide celebrations of the one hundredth anniversary of his death in 1913.  Wallace was a co-discoverer, with Darwin, of the principle of natural selection, and additionally made contributions to a range of studies in the natural and social sciences.

Comments Off on DLPS Professor Publishes New Book in Paris