Chinese Martial Arts: From Antiquity to the Twenty-First Century 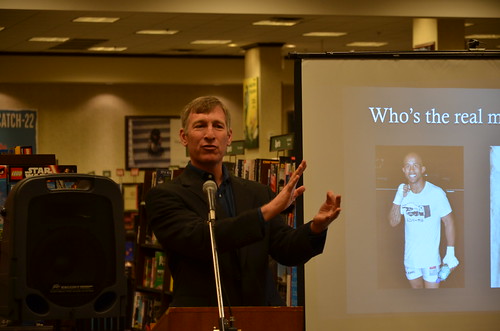 The final speaker for the WKU Libraries’ 2015-2016 season of “Far Away Places” was Peter Lorge, who is an Assistant Professor of History and Asian Studies at Vanderbilt University in Nashville, TN specializing in the history of 10th and 11th century China, war history and military thought, guns and gunpowder, Chinese martial arts, and Chinese film. Lorge spoke about his book Chinese Martial Arts: From Antiquity to the Twenty-First Century on the evening of April 22, 2016 at the Barnes & Noble Booksellers in Bowling Green, Ky, a co-sponsor of the event.

END_OF_DOCUMENT_TOKEN_TO_BE_REPLACED

Comments Off on Chinese Martial Arts: From Antiquity to the Twenty-First Century