Because her parents had suffered through the Great Depression and because she had no doubt heard stories of people who lost their jobs in economic downturns, Donna Jean Allen wanted to enter a secure profession after high school. When she considered her options in the summer of 1963—almost a full year before graduation—she was confident that with proper nursing training she would be  employable in a necessary, thus secure, profession.  Allen, who at that time lived in Annandale, Virginia, began a correspondence with the School of Nursing at Louisville General Hospital (LGH).  School officials sent her promotional material and explained the benefits of LGH’s program.  At that time many large hospitals operated nursing programs, and most vocational nurses trained at medical facilities rather than at colleges or universities.  The highly respected program at LGH had operated since 1886 and had trained over 1,100 nurses by 1963. 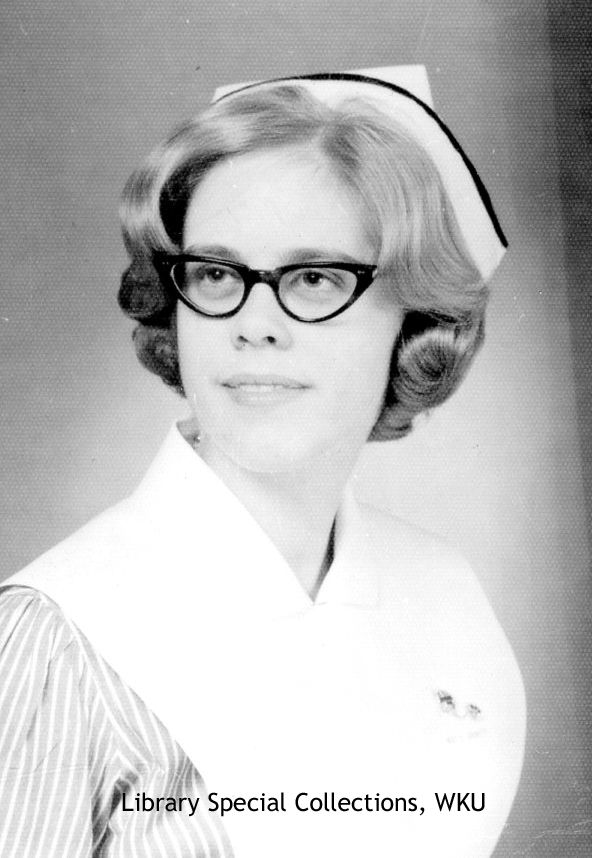 When corresponding with Allen, Registered Nurse Mary Cecil, the school’s guidance counselor, noted that the LGH program was one of five accredited ones in the Louisville area and that the curriculum was similar at all of them. The real difference Cecil noted was in the clinical experience: “Ours is a large public teaching hospital and admits all patients regardless of color, race, creed and disease from the group of citizens who cannot pay for medical care.”  LGH was operated by the Louisville & Jefferson County Board of Health which provided universal health care to all.  Cecil added:  “The private hospitals, as you know admit usually those patients who can pay for care; these hospitals may or may not discriminate in admission policies.”

In March 1964, Allen took some “pre-nursing tests” and scored highly enough to be considered for admission to the LGH program. The following month she boarded an Eastern Air Lines flight to Louisville in order to spend two days visiting the hospital, talking with administrators, taking more tests, and completing a physical examination.  She stayed in Henninger Hall on the LGH campus, where she was mildly warned to consult with the Housemother before leaving the premises and more sternly advised to “not leave or return to residence alone after dark.”

In May she was informed that her application for admission had been approved, and she started her course of study in September 1964. The program was not all work, as plenty of social activities were available in the city; planned and impromptu trips were also part of Allen’s LGH experience.  Besides following the rigors of medical training, Allen also matured socially as administrators frequently mentioned when writing to her mother, Mildred.  Although the majority of Donna’s twenty-eight member class consisted of white females, like herself, it did include one African American and two males.  One of the interesting requirements for continued progress in the program required that students remain single for the first two years of the program, then they could request permission to marry but it must be done in writing and at least one month before the marriage date and must be “endorsed by the parents.”  Donna completed the program in June of 1967, and enjoyed a steady career in nursing.  Eventually she married, becoming Donna Hill, and was the mother to two boys. 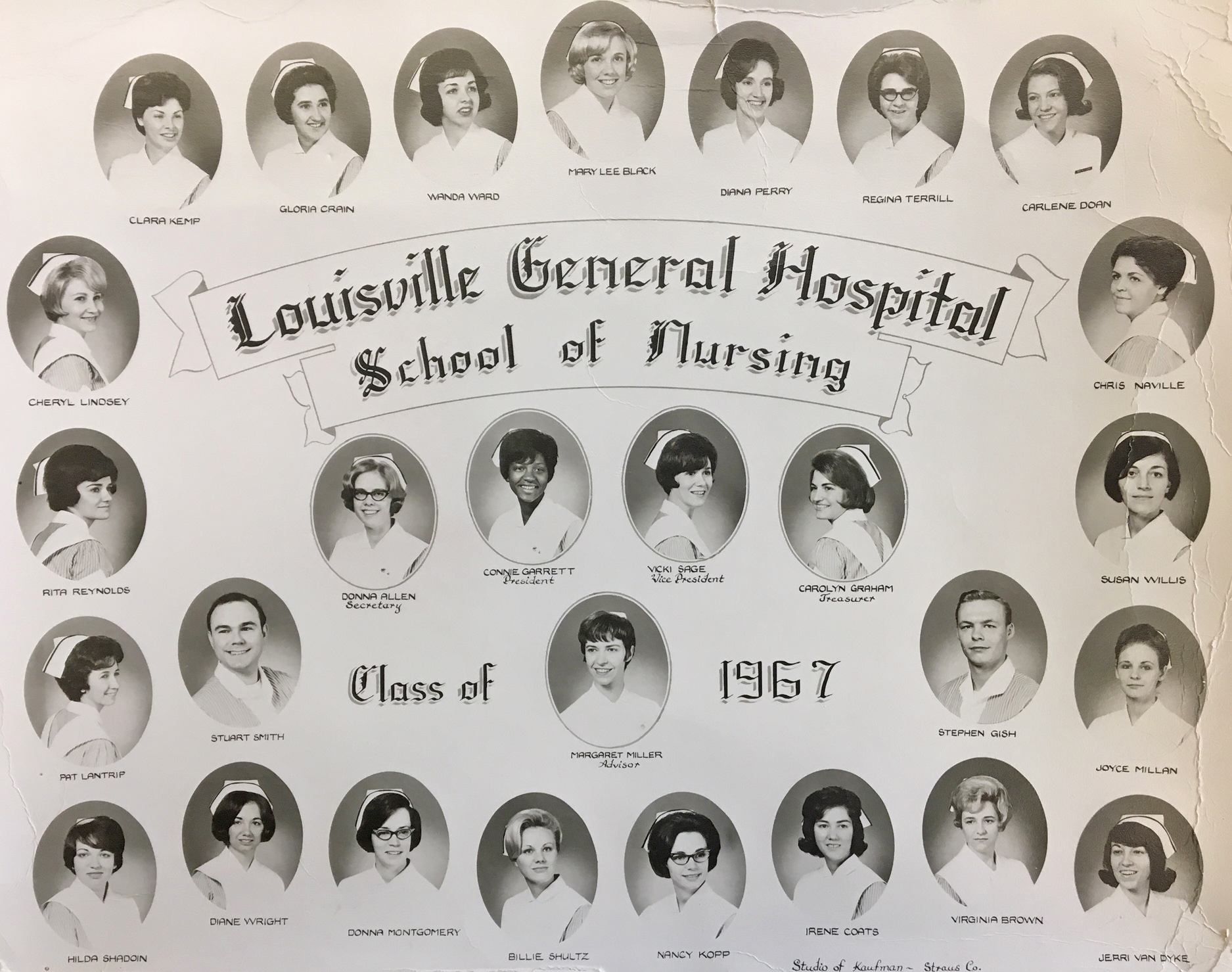 Recently Donna Hill donated her nursing uniform from the LGH program to the Kentucky Museum and papers related to her school program to Library Special Collections, which is always pleased to add collections related to the medical and allied health fields in Kentucky.  This material helps document the importance of the medical field to the Commonwealth’s history, and it supports outstanding academic programs at WKU.

To see the finding aid for this collection click here.  Other medical and health related collections can be found by searching our finding aids on TopSCHOLAR or KenCat.

Comments Off on Nursing Material Finds Home at WKU