The “Great Experiment” began on January 17, 1920, the day the Volstead Act took effect in the United States.  Better known as Prohibition, it banned the production, sale and transport of “intoxicating liquors” and instantly turned many thirsty Americans into outlaws.  Thanks to an enterprising Iowa whiskey maker, it’s now designated as “National Bootlegger’s Day.”  Even better, it’s also the birthday of Al Capone, boss of the “Chicago outfit” of gangsters who made his name in the bootlegging business.

The history and folklore of bootlegging and moonshining (or, as we more delicately catalog it, “illicit distilling”) is well represented in WKU’s Department of Library Special Collections.  In addition to books and historic photographs, research projects created by students are housed in the Folklife Archives.  For example:

A 1970 paper by Mike Harmon profiled the moonshiners “Google” and “Red.”  Both took pride in the quality of their homemade whiskey, although Google, who never drank, professed to be much better at his craft than Red, who did.  A commercial fisherman, Red set up his still on the Ohio River and transported his materials there by boat.  He recalled fishing on the river one day and glimpsing as many as a dozen working stills along its banks.

A 1972 paper by Virginia Antonini gave a portrait of “Jim,” an Indiana farmer who made moonshine to supplement his income.  While running some of the moonshine to a farmer’s market in Louisville, his wife was stopped by the “revenue men,” but talked her way out of trouble by explaining that selling “shine” was the only way she could buy shoes for her children.  Virginia also talked to her own mother, who recalled making “home brew” from malt, water, sugar and yeast, and learned of the technique of a Louisville restaurateur who added food coloring to moonshine to pass it off as aged whiskey.

A 1972 paper by Joe Griggs profiled E. Y. (“Uncle Yegi”) Hurt of Todd County, Kentucky.  Living in a house built on blocks allowed him to set up a still underneath, accessible though a hole in the floor of his dining room (the same room where the preacher came for dinner).  He also told of Prohibition-era bootleggers, such as the woman arrested in a car with 60 gallons of whiskey.  The confiscated evidence was “put in the basement of the Court House where it mysteriously evaporated” before the trial.

A 1994 paper by Michelle Jackson included an interview of Clay County, Tennessee sheriff Jerry Rhoton.  Interestingly, he observed that illegal stills in his jurisdiction were now more likely to be dismantled and preserved than destroyed, and some were even put on display during civic celebrations as part of the region’s heritage—a testament to the interest in moonshining of folklorists and students of material culture.  Like other student writers, Jackson also outlined the process of distilling, a low-tech enterprise that required only “a few barrels, some corn mash, sugar, copper tubing, yeast, and a fresh water supply.”

Click on the links to access finding aids for these materials.  For other resources about distilling (legal and illegal) and Prohibition, search TopSCHOLAR and KenCat.

Comments Off on Barrels, Mash and Sugar 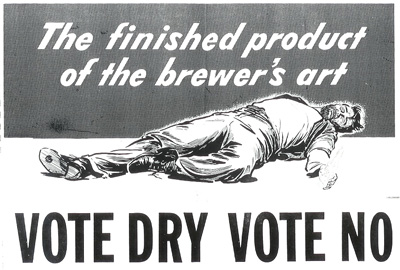 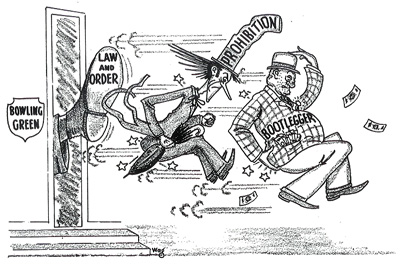