Novelist Sue Grafton published her first “alphabet” mystery, A is For Alibi, in 1982.  At the time of her death in December 2017, the native of Louisville, Kentucky had penned 25 best-selling titles, most recently Y is for Yesterday, and both Grafton and Kinsey Millhone, her fictional “hard-boiled” female detective and heroine of the series, had earned a worldwide following.  Grafton had long known that her finale, slated to appear in fall 2019, would be called Z is for Zero. 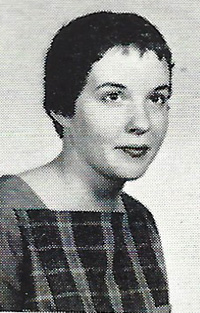 In 2000, with her 15th book complete and many more yet to be conceived, Grafton told an interviewer that “thinking about the rest of the alphabet was apoplexy-inducing.”  But three years later, she was still on course, as she told a fan.  “I’m currently at work on ‘R’ IS FOR . . . which has a title that’s known only to me,” she wrote.  Ten chapters were done, but she believed it was better “to wait until the story’s laid out so I can make sure the title is appropriate.”  Though she confessed that “each book seems harder to write than the one before,” Grafton hoped her correspondent would “follow me all the way ’til ‘Z’ IS FOR ZERO.”

Sue Grafton’s letter to one of her many fans is part of the Manuscripts & Folklife Archives of WKU’s Department of Library Special Collections.  Click here for a finding aid.  For more collections on Kentucky authors, search TopSCHOLAR and KenCat.

Comments Off on She Got to “Y”