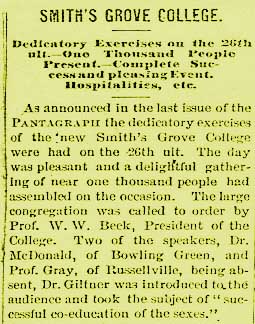 A historical collection on Smiths Grove, Kentucky housed at WKU’s Special Collections Library offers a look at the educational heritage of this Warren County community.  In 1875, William Wirt Beck established Smiths Grove College on the site now occupied by North Warren Elementary School.  The college operated until 1901, when it was sold to the Methodist Church and renamed Smiths Grove Training School for Vanderbilt University.  Another sale in 1910 transformed the school into the Warren Baptist Academy.

At a meeting on January 27, 1884, the trustees of Smiths Grove College considered a disciplinary matter involving Professor W. P. Maury and student John Hazelip.  After hearing from six witnesses, the board found Professor Maury “justified in chastizing Jno. Hazelip for disobedience, and that said Jno. Hazelip had to some extent been mischievous and annoying before this discipline took place.”  He was asked to apologize to his teacher for “language used outside the house.”

A finding aid for the collection, which includes the Smiths Grove College trustees’ minute book for 1884-1901, can be downloaded here.  For other collections on Smiths Grove history, search TopScholar and KenCat. 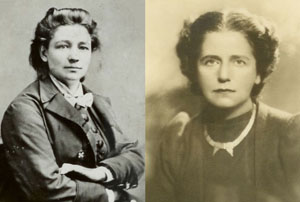 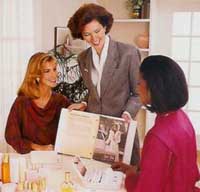 Most of us think of an “itinerant seller” as an encyclopedia salesman, Fuller Brush man, tinker, peddler, drummer or other transitory vendor of goods.  But in the 21st century, the term can also describe the “independent beauty consultants” of Mary Kay Inc., who buy a reported $2.2 billion worth of skin care products and cosmetics and resell them at “Mary Kay parties.”

The Folklife Archives of WKU’s Special Collections Library holds tapes of 3 interviews conducted in 1985 with Brenda Venable, a Mary Kay consultant.  She talks in detail about the company, its products and distribution system, her sales strategies, and what her work is like.  Transcripts of the interviews are also available.  “Mary Kay’s company structure shouldn’t work according to accountants, lawyers and finance,” Venable observed.  “So she took the bumble bee as her symbol because aerodynamically speaking the bumble bee shouldn’t be able to fly.  But it does fly and so does Mary Kay.”

A finding aid for the collection can be downloaded by clicking here.

On September 27, 1961 the College Heights Herald announced the $25,000 endowment of the Rodes-Helm Lecture Series.  The money was donated by Harold and Mary (Rodes) Helm in honor of two individuals close to them.

John Rodes was a judge in the Warren County circuit court described as “one of the most distinguished jurists in the South.”  Judge Rodes was a native of Bowling Green and graduate of Ogden College.  He went on to study law at the University of Virginia.  He was also the father of Mary Grider Rodes Helm.

Margie Helm, Harold’s sister was born in Auburn, Kentucky and grew in Bowling Green.  She attended Randolph Macon Women’s College, Pratt Institute Library School and Chicago Graduate Library School.  She returned to Bowling Green in 1920 taking the position of assistant librarian at WKU.   In 1923 she was appointed head librarian and held that position for 42 years.  Two years after her retirement, WKU rededicated the library building as the Margie Helm Library in her honor.

Kelly Thompson stated that the Rodes-Helm Lecture Series “will be used to bring to the Western campus, personalities, thinkers and speakers whom we might not otherwise have an opportunity to meet.”  Some of those have included Pearl Buck, William Buckley, Chet Huntley, Buckminster Fuller and Charles Kuralt to name a few.

The record series includes programs, press releases and recordings of some lectures.  The initial press conference announcing the gift and establishment of the lecture series was recorded on a 33 1/3 lp which is also part of the collection.  The finding aid for the series is available online at: http://digitalcommons.wku.edu/dlsc_ua_fin_aid/123/  Researchers can use view and listen to the items in the Harrison-Baird Reading Room of the Kentucky Building, Monday-Saturday, 9-4. 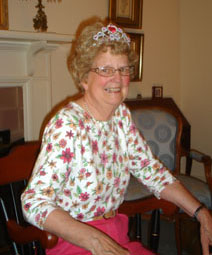 After 35 years of dedicated service, Nancy Disher Baird retired on June 30 as Kentucky History Specialist at the Kentucky Library & Museum.  A teacher, author, speaker and world traveler, Nancy has published many articles and books (most recently, Josie Underwood’s Civil War Diary), given countless programs and taught thousands of students about the history of Bowling Green, Warren County, Kentucky and the world.  Her many achievements include a University award for public service, the Sara Tyler Merit Award, and a stint as acting head of the Department of Library Special Collections.  Nancy’s knowledge and skills will be greatly missed, but we hope to see her frequently in the library as she continues work on some unfinished projects.  Hail, Queen Nancy!

Letters from a Pioneer Kentuckian

John McKinney got involved in many things during his life, including soldiering, farming, land surveying and politics, but it was during a stint as a young teacher in Lexington, Kentucky that he earned his nickname.  Looking up from his desk one spring morning in 1783, he locked eyes with an ill-humored wildcat that had wandered into the schoolroom.  Even though the animal sank its teeth into his ribs, McKinney managed to subdue it until help arrived.

Five letters written by John “Wildcat” McKinney have recently been added to the collections of WKU’s Special Collections Library.  Written to Captain (later Colonel) John Brown in Bath County, Virginia, and to his son Joseph, the letters report on various land dealings carried out by McKinney on Captain Brown’s behalf.  But McKinney also shared some thoughts about his family and the much bigger land story taking place out west.  In an 1804 letter, he asked Brown “what Congress is doing about the Louisiana Country.”  Hoping to hear of a plan for settlement, and discouraged by the legal battles surrounding land claims in Kentucky, McKinney observed that “no man is sure of his lands in this country.”  In another letter, he expressed his joy in his children.  “I have five children (4 girls & one boy),” he proudly reported, “& am threatened with another one every day, & if I had thousands & thousands of them, I could not be as happy as I am now.”

A finding aid and excerpts from John “Wildcat” McKinney’s letters can be downloaded here.