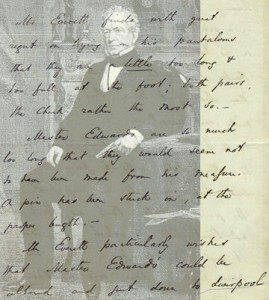 WKU Librarian, Tammera Race, and Marketing Coordinator, Jennifer Wilson, participated in the United Way Day of Caring with other WKU faculty, staff, students and families to prepare backpacks for all the area elementary schools.

Comments Off on WKU Libraries employees participate in Day of Caring

WKU Libraries recently won the Best of Show Award for its Horse in Kentucky video in the Fundraising category. Pictured is Bryan Carson, WKU Librarian, accepting the award from Jennifer Duvernay, chair of the PR-Xchange committee at the conference in New Orleans last month.