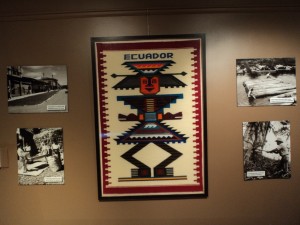 “Ecuador in Library Special Collections” features colorful contemporary artifacts from Ecuador which accent research items from the Department of Library Special Collections, including two letters from the U.S. Ambassador to Ecuador, Rumsey Wing, and his Kentuckian wife, Louise (Green) Wing.  One letter written by Rumsey describes in detail an 1870 earthquake.  Louise’s letter is lengthier and describes a mule ride across a mountain pass and colorfully depicts the people she meets.  Heavily clothed for the frigid mountain air, one native mistook her for the devil and called her “El Diablo.” 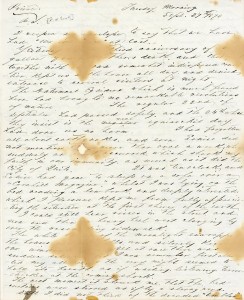 Letter from Ambassador Rumsey Wing to his in-laws in Grayson County, Kentucky

The exhibit also features twelve 1920s-era Ecuadorian photos selected from the Ewing Galloway Collection.  Mr. Galloway, a native of Henderson, Kentucky, operated one of America’s largest photographic syndicates of the early- twentieth century.  Library Special Collections owns approximately 1200 photos from the Galloway syndicate.  The exhibit also includes a map of South America from the 1856 Colton’s Atlas and one of the Smithsonian Institution’s ethnographic studies featuring a native Ecuadorian tribe.  The exhibit will remain on display in the Jackson Gallery outside the Harrison-Baird Reading Room on the second floor of the Kentucky Building until December 15, 2014. 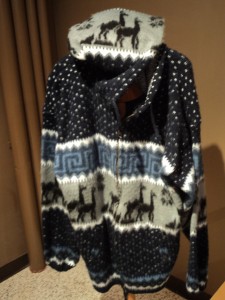 Comments Off on Ecuador Exhibit Educates