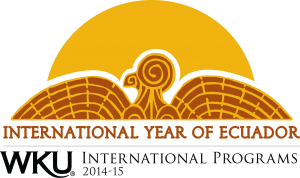 WKU is celebrating the International Year of Ecuador during the 2014-2015 academic year. All types of events including film presentations, lectures, exhibits, and foodways demonstrations have been planned across campus. Interestingly in researching for an exhibit titled “Ecuador in Library Special Collections” at the Kentucky Building, curators found several letters written by the U.S. consul to Ecuador and his wife, Edward Rumsey Wing and Louise (Green) Wing. They both write back to her Kentucky parents telling them about their exciting adventures, longing for home, intellectual pursuits, family affairs, and adjustment to a new culture. Wing served in Quito from 1870 to 1874.

In late-September 1870, Rumsey (as he was called) wrote to his in-laws about an earthquake that he and Louise experienced in Quito.  With the skill of a poet, Wing described the event:  “It was ten o’clock and Louise had gone to sleep on a sofa over a ‘Cornhill Magazine’ whilst I was lying on the bed reading a law book and deeply interested, which I presume kept me from fully appreciating the situation at the first shiver of the earth I could still hear voices in the street and and then a heavy heel went clanging by over the resonating sidewalk.  The white light of the moonlight enwrapped the houses and the hills and silvery kiss of our windows.  All at once there was a sudden silence that I now remember first attracted my attention, & the very night seemed to hold its breath as if waiting, listening, terror-stricken at the coming shock.  The next moment it struck me that the bed curtains were stirred as if by a strong wind.    Still I did not think of the dreaded ‘temblor’ until in a flash I heard groans, screams and prayers issuing from every direction – our own servants rushing across the courtyard with loud outcries for ‘El Senor Ministre’ – and the bed trembled as if in the grasp of some fierce giant.”

“I recall then the queer jingle of the windows,” Wing continued, “and their latches, & springing up felt the room with its ‘six foot’ walls reeling like a beaten ship at sea.  Glancing from the window at the moonlit street I could see many people on their knees & many prostrate on their faces. praying most fervently, whilst loud above all other sounds. I could distinctly catch the cry of ‘El Temblor, el Temblor.’”

After a contemplative night, Wing summarized his reaction to the event:  “The most disagreeable thing in connection with an earthquake like a battle is really ‘after it is over.’  Then one begins to realize what an infinitesimal atom he is, and not only himself but all men and all nations and all the ambitions of life and all the absorbing interests which we so untiringly & eagerly pursue, – in the face of these tremendous convulsions.  These terrible forces of nature, these awful agencies, so bitterly dreaded and so little understood, & of their supreme ruler and controller…Why should helpless man be thus made  the unwilling sport of misfortune – or of superior power & wisdom & goodness?”

These ruminations continue to arise after each natural disaster.  Some things do not change, even in this rapidly evolving world.

Comments Off on “El Temblor”: Description of an 1870 Ecuadorian Earthquake 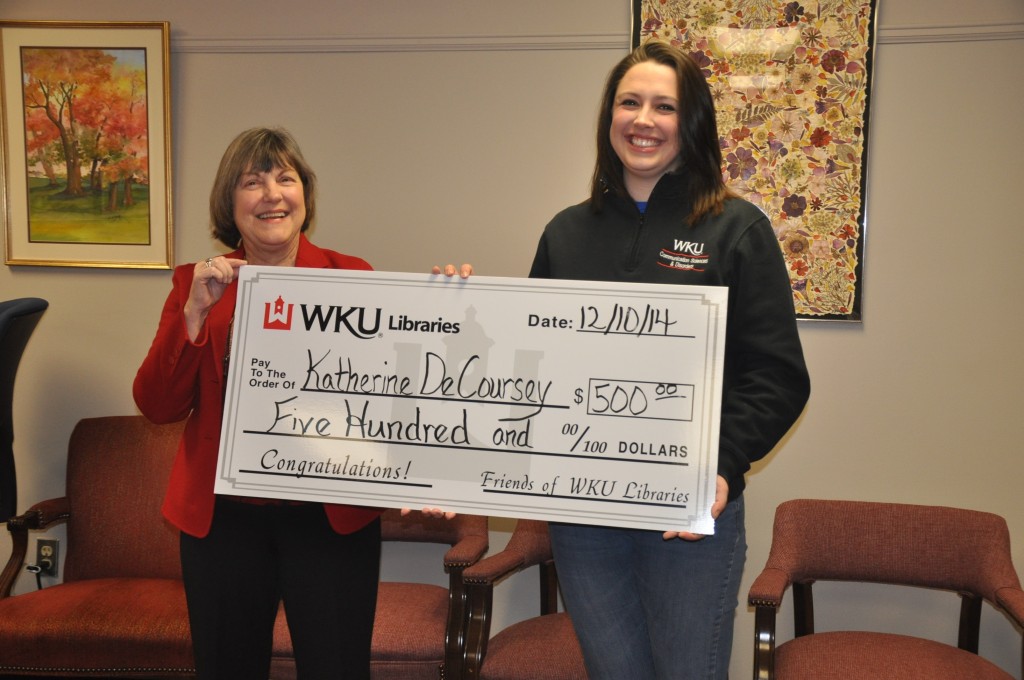 Western Kentucky University senior Katherine “Katie” DeCoursey was recognized last week for being selected as the recipient of the inaugural WKU Library Student Assistant Scholarship. From Hopkinsville, Kentucky, DeCoursey has worked for the Libraries for three years and will be graduating in May 2015 with a degree in Communication Sciences and Disorders.

“Katie has embraced a professional demeanor and work ethic from the beginning of her academic career,” said Doug Wiles, library security coordinator and DeCoursey’s supervisor. “She has maintained exemplary academic performance in a rigorous Communication Disorders program (while working) and has engaged in numerous extracurricular and professional engagement activities in her chosen field.”

Her library duties include working as a Circulation Assistant and as a Stacks Management Assistant, has cross-trained for library security functions, and has assisted with complex projects, such as implementing StackMap (digital search software), installing compact shelving, shifting entire floors of main collections, and relocating Circulation Services during a remodeling project.

DeCoursey was hired the second semester of her freshman year, working winter and summer breaks in addition to the regular academic school year. “I am very proud of my job. The Library has supplied an environment that has helped me grow as a student through my college experience,” said DeCoursey.

The scholarship is sponsored through funding from the Friends of WKU Libraries. For more information on the Friends program, go to wku.edu/library and click on “Support Us.”