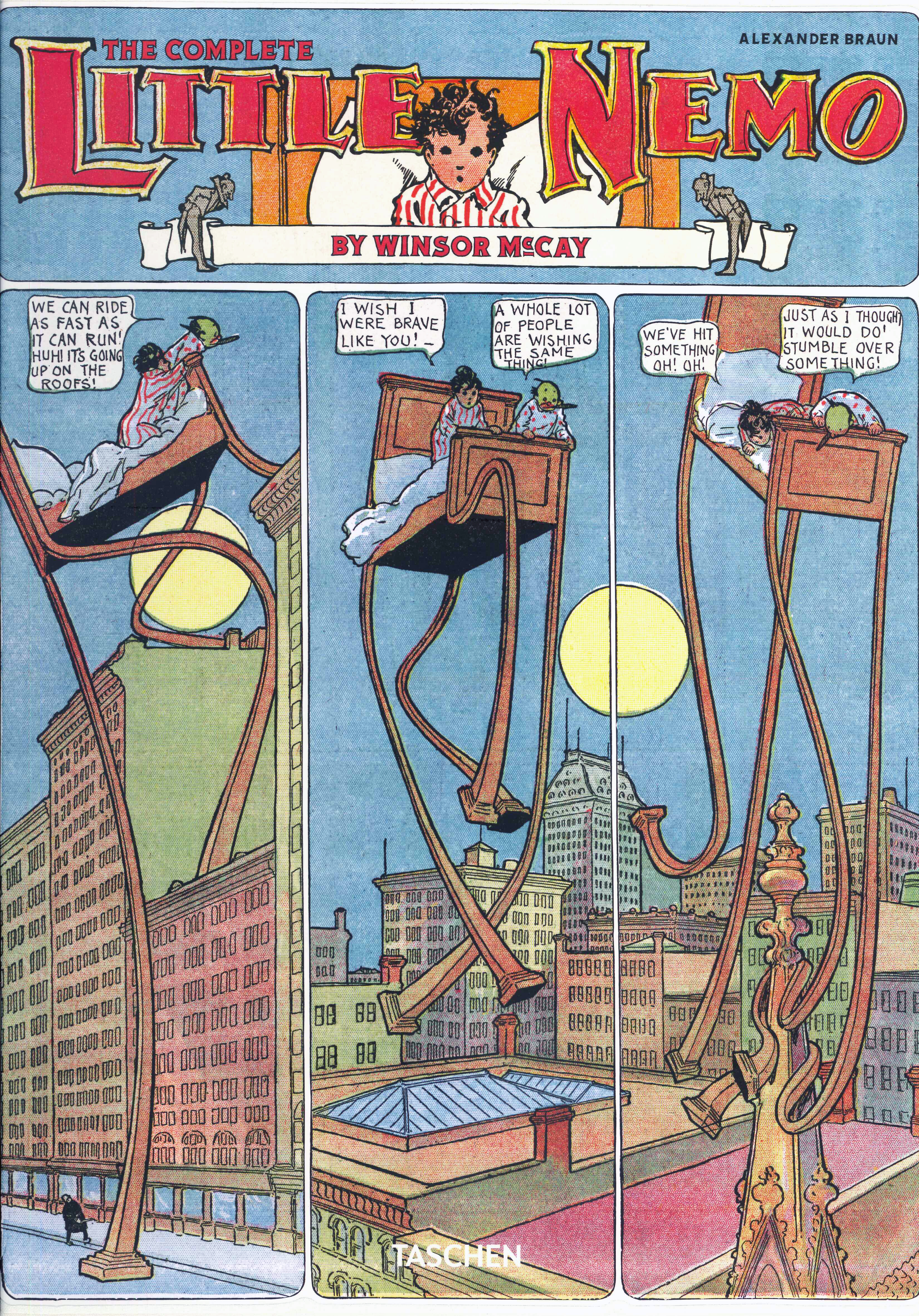 Spanning more than 20 years and three different newspapers, “Little Nemo” is the story of a boy, Nemo, and his journey through Slumberland. Creator Winsor McCay’s use of bright colors, imaginary figures and anthropomorphic animals combine to create a fantasy world that still often mirrors the “real” world. Nemo’s dream world, where he plays many roles and wears elaborate dress, is in sharp contrast to his reality. The last panel of each cartoon is repetitive and simple, showing Nemo waking in his bed, wearing his nightshirt and often being scolded by his parents. While first published over 100 years ago, “Little Nemo” has cultural relevance today. It has influenced authors from Europe and Asia as well as being referenced on the American television show “The Simpsons” in 2011, at least two music videos, and in 2012, Google featured the strip in its homepage (v2, 140).

Comments Off on Little Nemo comes to WKU Libraries