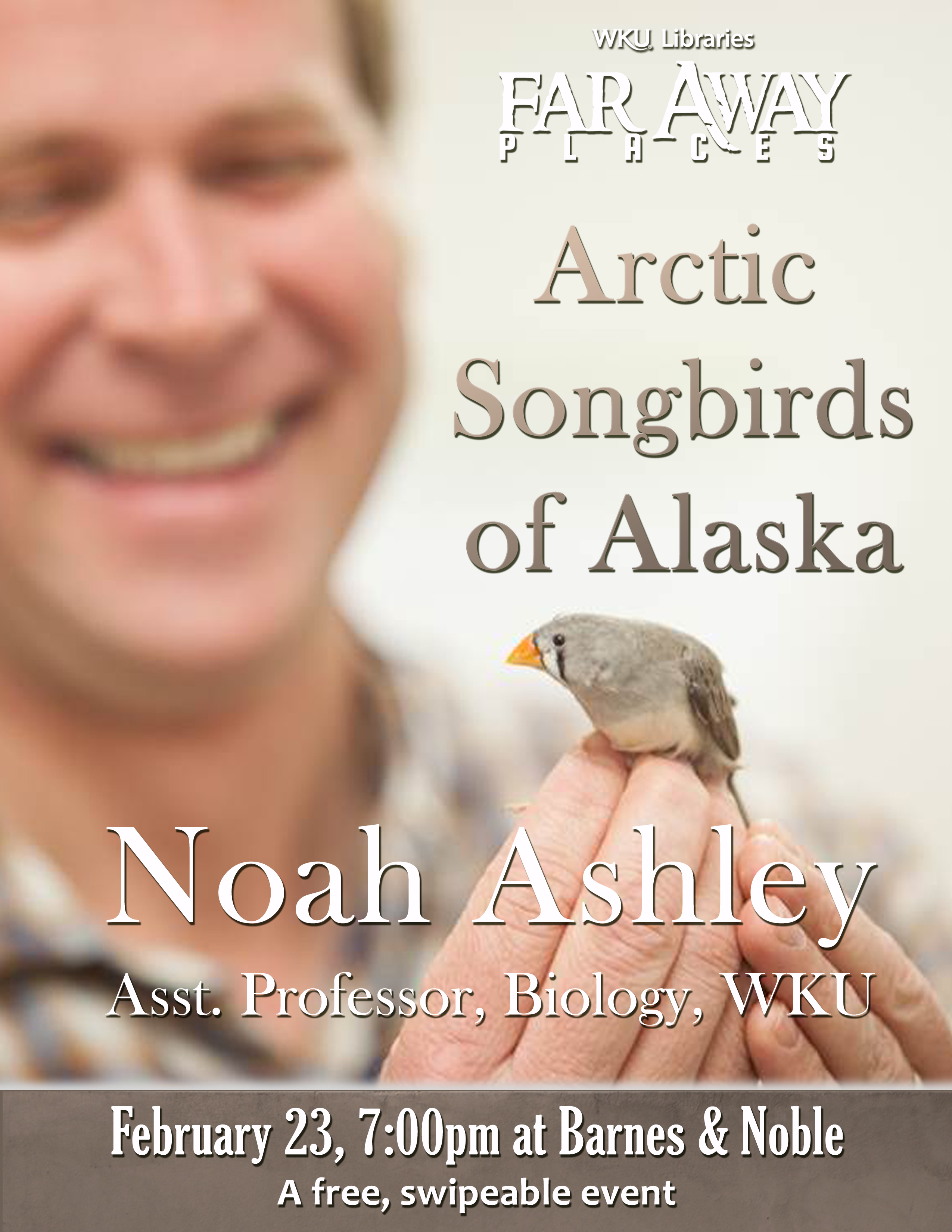 WKU Libraries’ Far Away Places speaker series kicks off its spring season with Noah Ashley, Assistant Professor of Biology at WKU with “Arctic Songbirds of Alaska”. Originally from Ohio, Ashley went to high school in Vermont before moving to Maine to attend Colby College. He earned his Ph.D. in Zoology at the University of Washington in Seattle studying the relationship between hormones and behavior of arctic songbirds. He has previously been a wildlife biologist in the North Slope Borough in northern Alaska, and has conducted postdoctoral research at the University of Alaska and Ohio State University on the circadian rhythms of Lapland longspurs and Siberian hamsters. He has been at WKU since 2012 where he has since been named the Lancaster Professor, and studies the immunological effects of sleep deprivation on mice and birds. In April, 2016 Ashley received a grant from the National Science Foundation to study the sleep patterns of arctic songbirds in Barrow, Alaska, the northernmost community in the United States. The grant enables Ashley to lead a team of researchers for five years to study the sleep patterns of two species of arctic songbirds, snow buntings and Lapland longspurs. While most mammals’ circadian rhythm is tuned to daylight-nighttime cycles, northern Alaskan summers can have perpetual daylight and these birds are active for over twenty hours a day for two months of the year. Ashley’s team will use transmitter harnesses to monitor bird activity, and will also give different groups of birds caffeine or melatonin to determine the impact on their sleep patterns and reproduction. The findings may have implications for human medical treatments and could yield new therapies or medicines. Ashley’s team includes WKU and Gatton Academy students who enrolled in a preparatory course in the spring and will travel to Barrow in June and July as part of a cross-cultural program with Native Alaskans conducting field research. 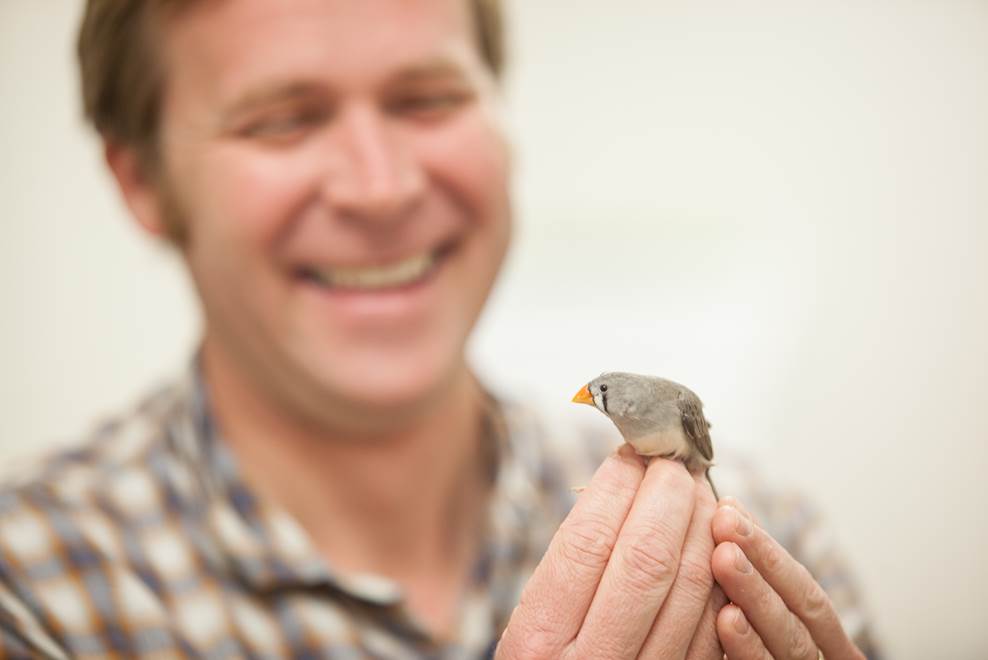 Noah Ashley with a zebra finch. Photo by Clinton Lewis.

Come hear Noah Ashley talk about “Arctic Songbirds of Alaska” on Thursday, February 23 at 7 p.m. at Barnes & Noble. The event is free and open to the public, as well as ‘swipeable’ for WKU students. We hope you’ll join us!

You can also read more about Noah Ashley’s research here the WKU Herald!

Filed under Far Away Places, Uncategorized