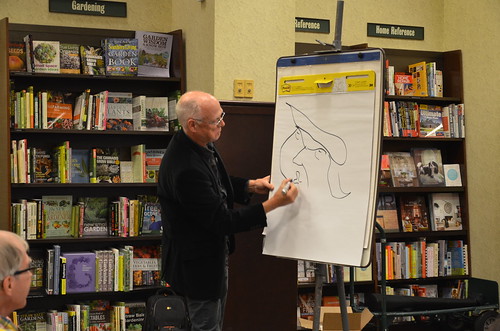 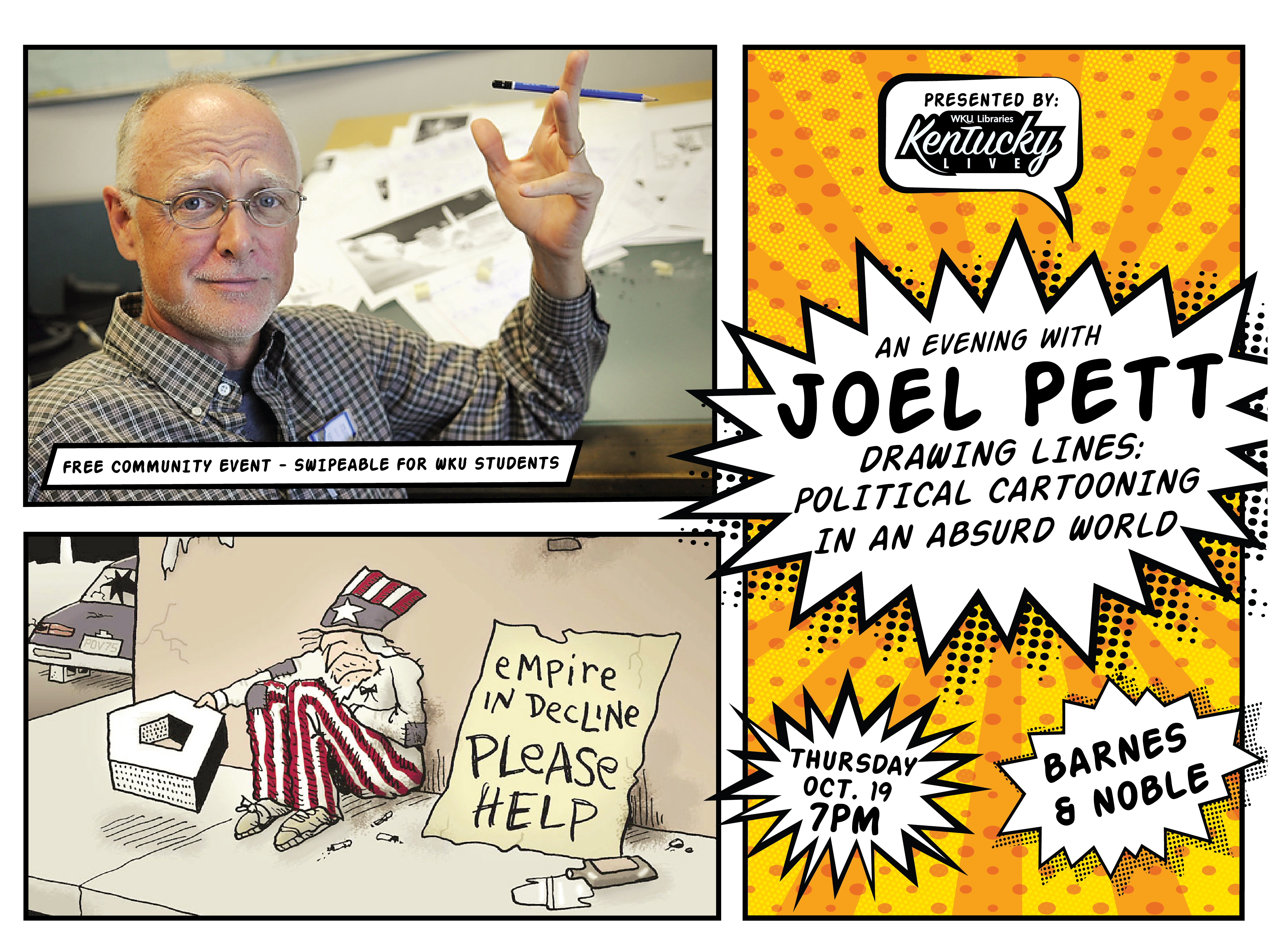 Pulitzer Prize winning editorial cartoonist Joel Pett will be the next speaker in this year’s series on Thursday, October 19 a 7:00 p.m. at Barnes & Noble Bookstore.  He won the Pulitzer for editorial cartooning in 2000 and was a finalist for the award in 1989, 1998, and 2011.  A native of Bloomington, Indiana he’s travelled to 30 countries on 5 continents.  He was a freelance cartoonist for five years before joining the Lexington Herald-Leader in 1984.  He joined the USA Today as a contributing cartoonist in 2002.  Since then his cartoons have been syndicated in print and online and appeared in the New York Times, Washington Post, Los Angeles Times, USA Today and Newsweek.  He received the Robert Kennedy Journalism Award in 1999.  He’s a Past President of the Association of American Editorial Cartoonists and has given U.S. State Department Workshops in Cameroun and Bulgaria. In recent years he’s drawn the wrath of everyone from Governor Bevin to Coach Calipari. A Board member of Cartoonists Rights Network International he contributes cartoons to the “Cartooning for Peace” website. On occasion he even does stand-up comedy. 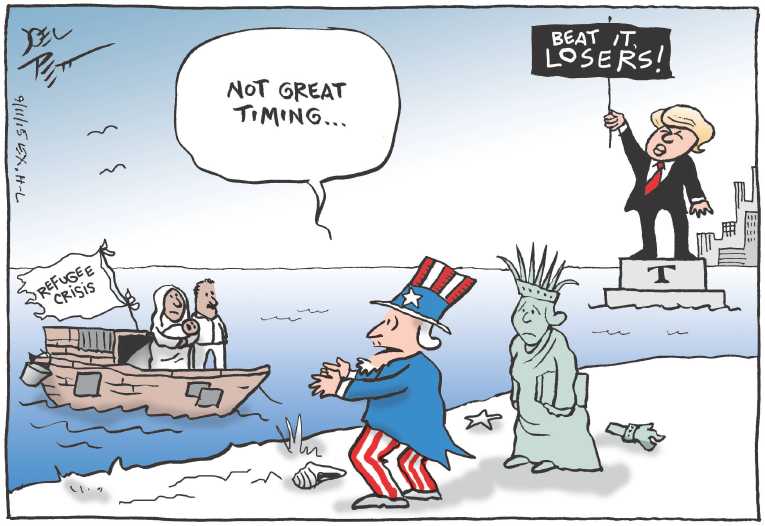