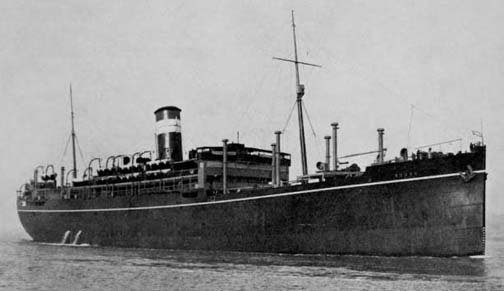 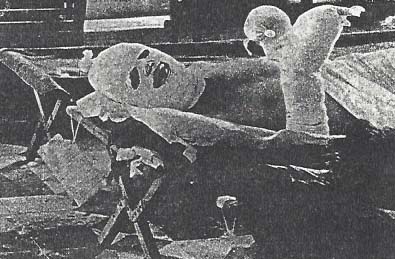 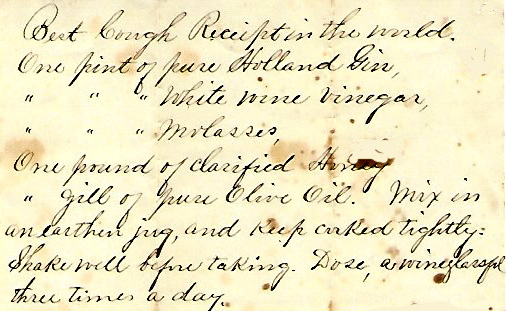 “Best Cough Recipe in the World”

Well, it’s that time of year when the Hill is alive with the sound of coughing, not to mention the sneezes, aches and runny noses.

For Kentuckians in the past, the cough was often a portent of worse to come.  Frankfort merchant Oliver Hazard Perry Anderson (1813-1845) experienced his cough as a constant reminder of the tuberculosis that would carry him to an early grave.  In 1855, Edward Ground wrote his grandfather in Warren County that the family was all well except for “the [w]hooping cough.”  During the Civil War, Kentucky infantryman John Tuttle found “the spasmodic coughing” of his comrades distressing, and not just as a sign of widespread measles: all that noise actually made it difficult to hear orders given during dress parades.

But sometimes, a cough was what it is today: just a nuisance, the last thing to depart when all other cold symptoms have slunk away.  “This cough grows persistent and troublesome,” complained a young Hopkinsville woman to her friend in 1874, “keeping me awake last night till I feel worn out and out of patience with the world today. . . . This season of the year is rather trying everywhere.”

But nineteenth-century medicine was rife with potions and remedies for the bronchially challenged.  And how fitting that a Kentuckian, John W. Beauchamp (1804-1879), one of Metcalfe County’s first physicians, would possess the “Best Cough Receipt [Recipe] in the World.”  Here it is:

The ingredients were to be mixed in an earthen jug, tightly corked, shaken well, then imbibed in wineglass-sized doses three times daily.

Click on the links to access finding aids for these materials, and search TopSCHOLAR and KenCat for more collections in WKU’s Department of Library Special Collections relating to medicines and prescriptions.

Comments Off on Protection from Hacking 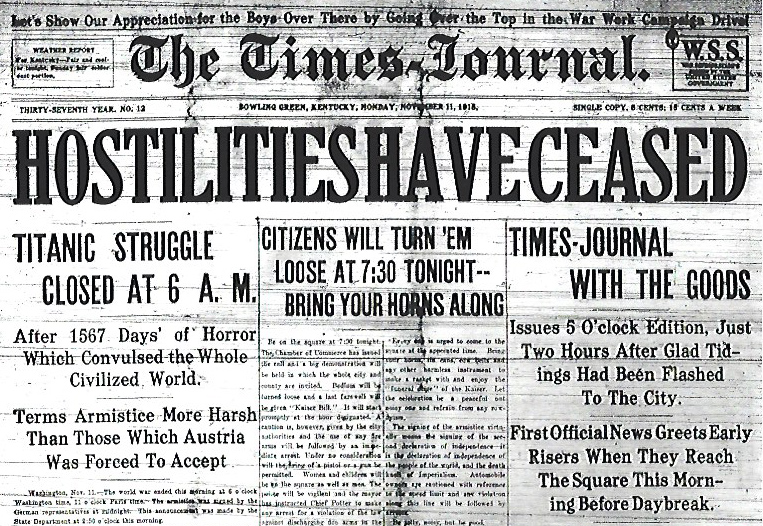 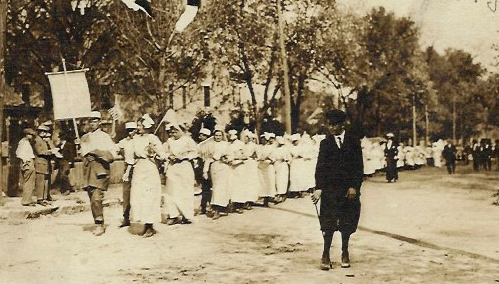