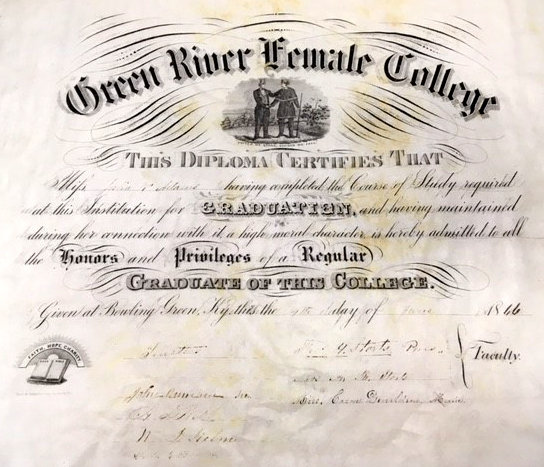 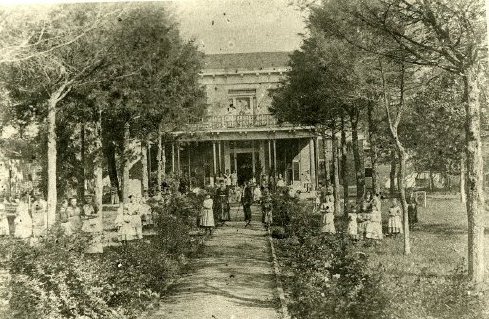 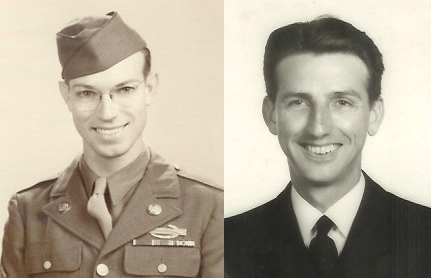 Kentuckians heard the first report on August 13, 1945: the war with Japan was over.  Stationed at a center for returning servicemen in Miami, Florida, Ohio County native Dee Perguson reported that “a scream rose to the roof” among his fellow soldiers listening to the radio.  On duty at an air base in India, McLean County native John Owens witnessed joyful men “firing off flare guns, machine guns, pistols and hollering at the top of their voices.”

Unfortunately, the report was premature and quickly retracted.  As surrender negotiations continued, Perguson stayed close to the radio, “hoping to hear the longed-for news.”  Angry at both the false report and Japan’s apparent recalcitrance, he declared himself “all in favor of dropping some more atomic bombs to help them decide to accept.”

Still, when the surrender was confirmed on August 15 — Victory in Japan Day — Perguson had a hard time believing that, at last, “the United States is not at war.”  Navy officer Chester Travelstead, stationed in Seattle, agreed.  Writing to his mother, WKU music teacher Nelle Travelstead, of the atomic bomb, the negotiations and the surrender, he remarked that “It has passed like a tornado.”

But there was little calm after the storm.  First came the celebrations.  In Miami, Dee Perguson witnessed streets filled with people and cars, a Navy band playing, Russian trainees bellowing out songs, and soldiers and sailors trading hats in a communal expression of joy.  Bars and liquor stores had closed the moment the surrender was announced, but “many people who had prepared for the day had their bottles.”  In Seattle, Chester Travelstead wrote, “Everybody kissed everybody.  Paper was thrown from the buildings by the wagonload . . . . The horns tooted a constant din; people shouted and ran.”

Then came the avalanche of work, gathering force since V-E Day, that would be necessary to accomplish the orderly demobilization of millions of soldiers.  The day after V-J Day, Travelstead found himself deluged with directives and orders.  Perguson, working in one of many Miami hotels commandeered by the military, expected to be kept busy either reassigning soldiers who remained in service or providing occupational counseling to veterans returning to civilian life.  And both men were thinking about where they stood in the long line of servicemen eager to get their discharge papers, go home and get on with their lives.

Letters of Kentuckians about V-J Day are part of the Manuscripts & Folklife Archives collections of WKU’s Department of Library Special Collections.  Click on the links to access finding aids.  For other collections, search TopSCHOLAR and KenCat.

Comments Off on V-J Day: “It has passed like a tornado”