“A great deal to answer for”

Early in the morning of April 29, 1945, Adolf Hitler married his mistress, Eva Braun.  The next day, with Soviet troops only blocks away from his bunker at the Reich Chancellery in Berlin, he and his bride committed suicide.

Among the millions who received the news without a flicker of mourning was Martha (Woods) Potter.  The 76-year-old lifelong resident of Bowling Green had followed Hitler’s rise to power with outrage.  “Isn’t Hitler the last word in audacity or is it Mussolini?” she asked as early as March 1936.  “That pair could come over here and take America away from us if they took a notion.”  In September 1938, as British Prime Minister Neville Chamberlain negotiated with the Nazi leader over the fate of Czechoslovakia, she observed to her daughter that “Hitler will have a great deal to answer for if he lets the world go to war.”  After the German invasion of Poland in September 1939, she understood the Fuhrer’s grip on his people, declaring “We all hate Hitler and blame him instead of the Germans.”  In June 1940, with France about to fall and England in the crosshairs, Martha was in favor of America sending the British “all the armaments they want,” and deplored Congressional reluctance to do so.  “They are all afraid of what Hitler will think,” she complained.  “Who cares what the Hun thinks?  He needs a rope around his neck and while they are tying they might get Mussolini’s neck caught in the same noose.”  At news of the Fuhrer’s ignominious death, Martha was triumphant.  “Now if we can give Hitler’s dead body a few kicks it will be to suit me,” she wrote her children.

Martha’s animosity was nothing, however, compared to that of an unknown soldier at Fort Knox, Kentucky.  In “A Letter to Hitler,” he laid out in explicit verse the indignities awaiting the dictator–specifically, the fate of certain of his body parts and the pristine splendor of his “palace”–once American GIs caught up with him.

Click on the links for finding aids to these letters, part of the Manuscripts & Folklife Archives collections of WKU’s Department of Library Special Collections.  For more collections, search TopSCHOLAR and KenCat.

Comments Off on “A great deal to answer for” 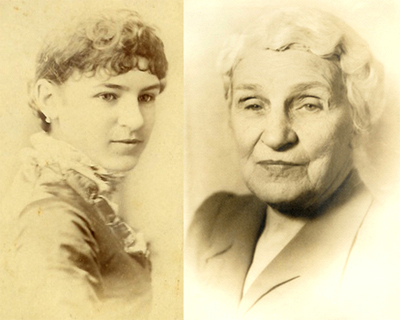