“One entire description of suffering”

With our prospects of travel currently unappealing and not likely to improve soon, we can at least hope that we will not return to past discomforts of wagons, coaches, and explosively coal-fired locomotives and steamboats.  One such 19th-century travel nightmare is here, but here’s another from the Manuscripts & Folklife Archives of WKU’s Department of Library Special Collections.

Missing his family, including a newborn daughter, William Coolidge, Jr. of Baltimore was already in a grouchy mood when his steamer arrived at Maysville, Kentucky enroute to New Orleans in 1822.  A former Bostonian (and a rather snooty one at that), Coolidge was enchanted with the Ohio River but found Maysville “a dirty hole indeed.”  Pushing on to Cincinnati, his coach ride to Lexington was “attended with discomfiture the roads almost impassable.”  He found Lexington “a tolerable flourishing town” of about 6,000 but, worn down by the January weather, he reached Frankfort “cheerless and gloomy. . . my mind diseas’d and much disquieted within me.”  He didn’t mince words about Kentucky’s state capital: “a dull and insipid hole the inhabitants vulgar, gross and mean, offensively impudent and low bred.”

On the next leg of the journey to Louisville, his coach broke a wheel, sending Coolidge wandering for miles on foot and horseback in search of a blacksmith and wheelwright to repair the damage.  Reaching Louisville after “severest hardships and dangers,” he found no charms awaiting: “I never saw but ‘twas all of a piece, for roads and men, and women and children were all alike abhorrent and loathsome to my better senses.”  Pining for the virtues of “happy New England,” the Yankee put up at yet another undistinguished boarding house.

January wore on, the temperature dropped, the river froze, and Coolidge’s letters home went unanswered.  “My journal is but one entire description of suffering,” he wailed.  Finally, late in February, he sailed with relief from Louisville, only to have the boat run aground on a sandbar.  He switched to another boat, the General Pike —“old and altogether inferior”—and finally reached the Mississippi.  A thousand miles down the river from Louisville, he was still grumbling.  He had looked upon the waters of the Ohio, Cumberland, Tennessee, and Mississippi, but “nothing on each side of these majestic rivers offering comfort or encouragement for either emigrant or Traveller save now and then a miserable log hut . . . chang’d the dismal view.”

Click here for a finding aid for William Coolidge’s journal.  For more of our collections, search TopSCHOLAR and KenCat.

Comments Off on “One entire description of suffering”

Thanks to lock and dam construction by the Rough River Navigation Company, incorporated in 1856, the citizens of Hartford and Ohio County, Kentucky once enjoyed regular steamboat traffic along that tributary of the Green River.  Late in the 19th century the Scioto, a 94-foot-long craft owned by the Hartford and Evansville Packet Company, transported both freight and passengers between Hartford and Evansville, Indiana.

The daily demands of operating the Scioto are documented in a collection of bills and receipts held in the Manuscripts & Folklife Archives of WKU’s Department of Library Special Collections.  Dated 1899, they show the expenses necessary to maintain this floating conveyance of people and goods.  We see purchases of foodstuffs such as flour, peas, corn, butter, coffee, ketchup, sugar and potatoes; provisions such as oil, matches and deck brooms; services rendered for laundering sheets, towels and tablecloths; and repairs to stoves, pipes and flanges.  The Scioto‘s crew did business at both ends of its route, so Hartford and Evansville merchants are well represented.  Some of these firms catered specifically to the steamboat trade, promising to serve their customers’ needs “at all hours.”  Many of the Evansville businesses were appropriately located on Upper Water Street, now Riverside Drive.

Click here to access a finding aid for the Scioto steamboat collection of receipts, and here to learn about our premier collection of Ohio River Valley steamboat photographs.  For more, search TopSCHOLAR and KenCat.

Comments Off on A Niche Market 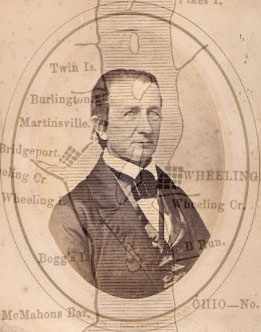