Charles Napier, a Scottsville native and WKU alumnus, is the tough military officer/ cop/cowboy that was the bad guy on everything you saw in the 70s, 80s, and 90s.  The list of his acting credits is extensive and much too long to include, here, but please check it out on imdb.com. END_OF_DOCUMENT_TOKEN_TO_BE_REPLACED 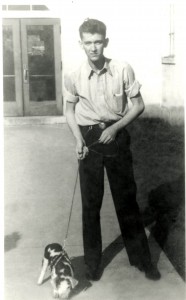 One of WKU’s five founding institutions was the Southern Normal School and Business College, generally referred to as the Southern Normal.  The teacher training school was founded by A.W. Mell and Tom Williams when they moved the Glasgow Normal School to Bowling Green in 1884.  The University Archives holds some administrative records, publications, class lists and photographs for the school.  An outline of sources and a finding aid are available online.  These are available to researchers in the Harrison-Baird Reading Room Monday – Saturday 9 – 4.