It was clear that it was May 8, 1945, but in his eagerness to reach out to his family in Bowling Green, Kentucky from “the Heart of Germany,” Captain Harry Jackson misdated his letter April 8.  “To-day is VE day in Europe!” he exclaimed, but rather than “a day of great revelry and excitement . . . the day has been spent in sober reflection and rest.”

Casting his mind back on the struggle – which, for him, had begun at Normandy only days after D-Day – Jackson found it difficult to appreciate the significance of the occasion.  He and his men felt less like conquering heroes than “bewildered children contemplating something too powerful to comprehend.”  No one could quite believe that, all of a sudden, “there will not be any more guns, snipers, buzz bombs, rockets, mortar shells, blood, suffering, death, and devastating destruction. We cannot realize that the hour is free – that the fighting here is over.”  Overshadowing any relief Jackson felt were the ghosts of “our men drifting and driving through the maelstrom of battle endlessly, tired, weary, footsore, cold,” and of those “who have fallen along the roadside in the mud . . . awaiting the Graves Registration units to come pick them up.”  His reserves of emotion, he admitted, were empty – “and yet moist tears even now trickle down my cheeks.”

Three days later, Jackson took up his letter again.  Still unable to sort out his reactions, he had wandered the sunny streets of the medieval village in which he was staying, then tried to shake off his indolence and reenter the “world of reality” and resume his officer’s duties.  “I must finish this letter now,” he wrote apologetically, “although I have failed miserably to fulfill my intentions when I began it.”

But if Jackson could not yet understand the meaning of victory he had, only a month earlier, contemplated the wages of hubris, aggression, and defeat.  Billeted in a house in Hanover, Germany, he had come across a photograph of a German soldier. The discovery had moved him to compose a poem “Written Upon Finding a Photograph of a Young Nazi”:

Oh!  Imperious young man – Thou!
Where lies thy destiny?
Has the pillars of thy philosophy withstood
The gamble of the conqueror’s game,
the fanatic’s creed –
Which leads blindly into hate?

Think! – when returning to the remains
of thy heritage,
Of what price you have paid
…….
Weep! and survey the ruin. 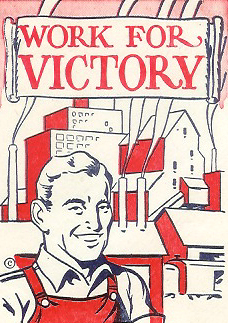 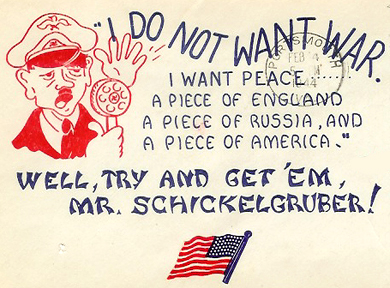