The Kentucky Library & Museum hosted the first annual WKU Student Organizations Holiday Ornament Competition. Each organization was given a bag of basic ornament making supplies and a tree to decorate. A tree decorating reception was held November 17th with celebrity judge Romanza Johnson and everyone’s favorite Hilltopper, Big Red. Trees will be on display in the Kentucky Room through January 4, 2010. 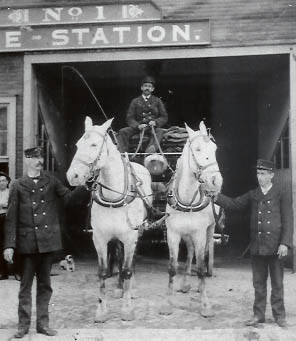 Looking for a place to entertain the relatives over the Thanksgiving holiday? Come to the Kentucky Library & Museum. Featuring more than 500 pieces of furniture, paintings and other decorative art items that date from as early as 1300 B.C. to the mid-twentieth century, the Snell-Franklin Decorative Arts Gallery at the Kentucky Library & Museum offers an alternative to the usual post-Thanksgiving activities. The Civil War enthusiasts will enjoy viewing, “A Star in Each Flag: Conflict in Kentucky.” Nostalgia buffs may want to wander down memory lane in “Recommended by Duncan Hines,” an exhibit about Bowling Green’s most famous food icon.

The Kentucky Museum exhibits are open every day this week but Thanksgiving Day. The Harrison-Baird Reading Room is closed throughout the entire holiday period.

Comments Off on Thanksgiving Holiday Schedule at Kentucky Library & Museum

Cinderella with a Multi-cultural Twist

The WKU Theatre Department performed “Cinderella: The World’s Favorite Fairy Tale” for school audiences at the Kentucky Library & Museum. The story of Cinderella as she is known in China, Russian and by Native Americans as told by Cinderella herself. 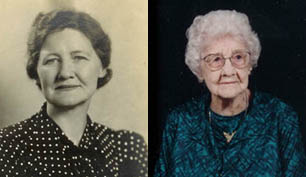 Born in 1897 at Borah’s Ferry in Butler County, Lena Grey Annis taught school for 44 years in Kentucky, West Virginia and Arizona.  After her death in 1996, two of her nieces found a treasure trove of family history among her personal belongings.  Included were some 800 letters, written mostly to Annis by family members.  Although the bulk of the letters dated from 1945 to 1973, the complete collection covered 70 years.

After carefully sorting and reading the letters and compiling a family tree to show the relationships of the writers, Annis’s niece, Doris Annis Tichenor, recently donated the collection to WKU’s Special Collections Library.  Tichenor herself best explains the significance of the letters.  They represent, she wrote, “a remarkable contemporary record” of change in a Kentucky farming family–from the advent of electricity and the first tractors and pickup trucks to the shift from animal feed crops to cash crops, the passing of home poultry flocks, the struggle to control flooding, and the closing of Borah’s Ferry, a fixture in Butler County for 150 years.  Annis spent 20 years of her teaching career in Arizona but returned to Kentucky almost every summer, where she retained a share in the family farm.  The letters also document, in Tichenor’s words, the “difficult and tedious work” of “five fractious siblings and their descendants” to hold the farming enterprise together.

A finding aid for the Lena Grey Annis Collection can be downloaded here.

Far Away Places: “The Baker’s Boy” by Barry Kitterman

Barry Kitterman was this month’s featured speaker in our Far Away Places series. He talked about his experiences in 1970s Belize as well as about his novel and creative writing on Thursday, November 19 at Barnes & Noble Booksellers, Bowling Green, KY. A book signing followed.

His first novel, The Baker’s Boy, was published by Southern Methodist University Press in 2008 and in 2009 won the Maria Thomas Fiction Award. He drew inspiration from his work as a Peace Corps volunteer in Belize in the 1970s.

Set in Central American and Middle Tennessee it tells the story of a former Peace Corps worker at a boys’ training school in Belize near the Guatemalan border who thirty years later is toiling as a baker while still haunted by his earlier experience. Kitterman spent almost a decade writing the novel which has drawn praise from critics everywhere.

Kitterman coordinates the creative writing program and visiting writers series at Austin Peay State University in Clarksville, TN where he’s been a member of the faculty since 1994.

Born in Kevil, Kentucky, 29-year old  Sarah Elizabeth Burkey, Singer-Songwriter, Recording Artist, and Actress, has performed all over the US and toured in 18 countries. Today at Java City she performed her original compositions as well as her arrangements of well-known traditional songs to a very appreciative crowd on the patio outside the Java City in Helm Library on November 10, 2009.

Comments Off on Sarah Elizabeth Performed at Java City

Featuring more than 500 pieces of furniture, paintings and other decorative art items that date from as early as 1300 B.C. to the mid-twentieth century, theSnell-Franklin Gallery at the Kentucky Library & Museum opened on Friday, November 13, 2009.

Timothy Mullin, Director of the Kentucky Library & Museum, said, “With the exception of the Snell European collection, most of the pieces are from the state of Kentucky. There are Shaker pieces from South Union and Mt. Pleasant and several wonderful pieces from our own university including a table and glassware set that former President Cherry owned.”

The festivities kicked off with a Chamber ribbon cutting in the morning and concluded with an evening reception with a Roaring Twenties theme. Community members and WKU faculty and staff attended the evening event.