WKU Libraries celebrated Halloween with a potluck party on October 31, 2011 in Cravens 111. Crystal Bowling, Senior Catalog Assistant from the Department of Library Technical Services, won the first prize for her costume in the costume contest during the party. Many left happily with a door prize donated by the Libraries’ employees. Glenda White and Jan Renusch from the Dean’s Office led volunteers in organizing the party.

Comments Off on WKU Libraries Celebrated Halloween with a Potluck Party

In 1908, nine-year-old Warren County native Ruth Hines Temple received a colorful Halloween postcard from her aunt.  More than a decade later, she still observed the scary season as a student at Randolph-Macon College.  There, she wrote her mother in 1921, seniors paraded solemnly in cap and gown carrying jack-o-lanterns made for them by the sophomores.  The next year, students paid 15 cents to gain admission to a full-fledged Halloween carnival in the gym, complete with side shows, music and food.

In the 1940s, before she moved to Bowling Green, Regina Newell experienced Halloween as a child in Coaldale, Pennsylvania.  She recalled knocking on doors in costume, prepared to deliver a little song, dance or recitation if she was asked, and of the older folks trying hard to guess the identity of each masked trick-or-treater.  Her school parties featured apple-bobbing and candy corn (“witches teeth”).  When Regina was eight, her family moved to California, where Halloween customs were somewhat different: trick-or-treaters got grapes instead of apples and wore makeup instead of masks, even though performing for their candy was no longer expected.

The stories of Ruth Hines Temple, Regina Newell and others are part of the collections of WKU’s Special Collections Library.  Click on the names to download collection finding aids. In addition, our folklife collections include lots of projects about ghosts, haunts, superstitions and the paranormal; or, you can read about ghostly happenings right here in Bowling Green and on the Hill.  For further information, search TopSCHOLAR and KenCat.

Comments Off on Parades, Grapes and Witches Teeth

New in the Visual and Performing Arts Library (VPAL)

One of Dr. Brian Coutts’ recent donations to  WKU Libraries  is the stunning two-volume set, The Story of Underwear. Volume 1 is The Story of Men’s Underwear by Shaun Cole; Volume 2 is The Story of Women’s Underwear by Muriel Barbier and Shazia Boucher. Both books are heavily illustrated with photographs of vintage and modern examples of useful and decorative underclothes, while a scholarly text explains the history and significance of the garments.

The Story of Underwear was listed in Library Journal’s “Best Reference 2010 Resources”.

A featured book review (by Brian Coutts and Therese Duzinkiewicz Baker) about the set was published in the Bowling Green Daily News, Sunday, July 31, 2011.  The books are shelved in the VPAL , call number VPAL REF GT2073 .S76x 2010.

Read a review of  “The Story of Underwear” by Brian Coutts and Therese Baker from the Bowling Green Daily News. 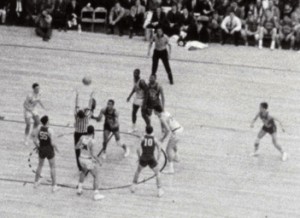 Today Grand Rapids Michigan Native Liz Snavely aka LVNMUZIQ played her lyrical, thoughtful brand of modern urban folk music. Her voice reminiscent of Natalie Merchant, Liz wove a complex melodic enchantment over the crowd at Java City to the delight of everyone. 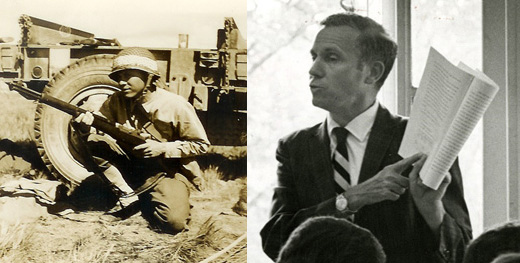 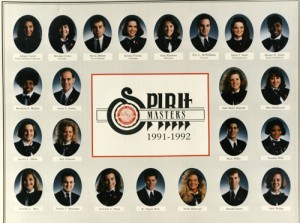 The Spirit Masters have been around for awhile and will be celebrating their 30th anniversary this weekend.

WKU Archives holds several composite photographs of the group such as this one.  The 1991-92 photos are special as the Spirit Masters signed them with well wishes for Elizabeth Esters and WKU President Thomas Meredith.  This image and and notes are now available for viewing on TopScholar.

Comments Off on Spirit Masters Turn 30!

Keith Hurt and Paul Hatchett, musicians from Glasgow, KY thrilled the audience at Java City with their original music and their unique arrangements of familiar rock tunes. This month’s Far Away Places series featured Angene Wilson, emeritus Professor of Education at University of Kentucky, and Jack Wilson, retired director of the Division of Water for the state of Kentucky on the evening of October 20, 2011 at Barnes & Noble in Bowling Green, Kentucky.

The couple talked about their service as the first Peace Corps volunteers in the 60’s as well as the stories of other volunteers that they wrote into their book “Voices from the Peace Corps: Fifty Years of Kentucky Volunteers.” They signed their book at the end of the event.

END_OF_DOCUMENT_TOKEN_TO_BE_REPLACED

Comments Off on The Peace Corps: A Historical & Kentucky Perspective