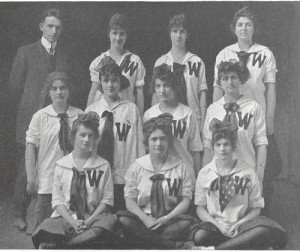 A Few Honest Words: The Kentucky Roots of Popular Music

On the evening of March 7, 2013 at Barnes & Noble Booksellers in Bowling Green, Kentucky, WKU Libraries’ “Kentucky Live!” series featured Jason Howard, James Still Fellow at the University of Kentucky. He presented his newest book “A Few Honest Words: The Kentucy Roots of Popular Culture,” which illustrates how the land and culture of Kentucky have shaped American music through the years. Among those profiled include: Naomi Judd, Matraca Berg, Dwight Yoakam and Skinny Deville of Nappy Roots.

END_OF_DOCUMENT_TOKEN_TO_BE_REPLACED

Comments Off on A Few Honest Words: The Kentucky Roots of Popular Music