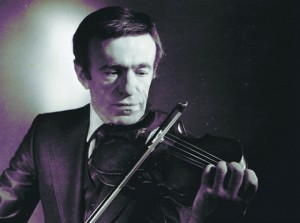 WKU Libraries and WKU’s Departments of Music, Sociology and Philosophy & Religion will host presentations Oct. 17-18 by Samuel Marder, professional violinist, author and Holocaust survivor. Marder will discuss his new book Devils Among Angels: A Journey From Paradise And Hell To Life at 7 p.m. Oct. 17 at Barnes & Noble Booksellers, 1680 Campbell Lane. Admission is free, open to the public, and a “swipeable” event for WKU students.

Marder was born in Czernowitz (Chernivtsi) in Romania where he lived with his sister and parents. He began studying the violin at age 6 in 1936.  Three years later the Nazis invaded Poland and Romania joined the Axis.  At the age of 10 he was living in a concentration camp in Transnistria, Ukraine where he was sharing a tiny room with 50 others, only 12 of whom would survive the ordeal.  His father died of typhoid fever.

He, his sister and his mother were liberated after three and a half years’ incarceration eventually making their way to West Germany and then to New York to join his mother’s brother.  After graduating from the Manhattan School of Music he became concertmaster and Assistant Conductor of the Leonard Bernstein Gala Orchestra and has since played with many orchestras and been a soloist at Carnegie Hall and Alice Tully Hall.  He’s toured though Europe, South America, Israel and Korea and has been playing in the Radio City Christmas Spectacular orchestra since 1968.  His arrangement of Canon in D Major by Johan Pachelbel for violin and piano is widely performed around the world. 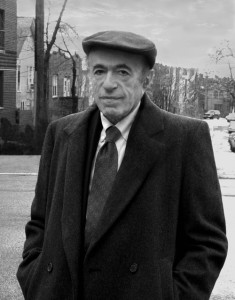 Devils Among Angels is a collection of short stories and poems inspired by memories of Marder’s childhood years before, during and after World War II and the Holocaust. He uses prose and poetry in both fiction and non-fiction to reflect on good and evil in the past and present.