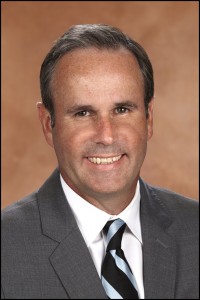 Marc Murphy, Editorial Cartoonist for the Courier-Journal of Louisville, KY

END_OF_DOCUMENT_TOKEN_TO_BE_REPLACED

Comments Off on Marc Murphy 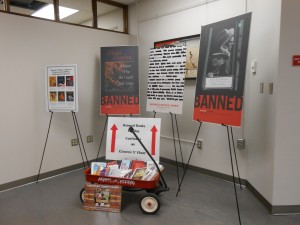 Banned Books Week display in the
Commons at Cravens

Banned Books Week is an annual event promoted by the American Library Association (ALA) celebrating the freedom to read. WKU Libraries celebrates 2013 Banned Books Week by encouraging patrons to “Jump on the Banned Wagon!” and read banned or challenged books.

END_OF_DOCUMENT_TOKEN_TO_BE_REPLACED

The Economics of War

“A rich man’s war and a poor man’s fight” was the often-heard complaint of military draftees during the Vietnam War.  But the cry was also raised during the Civil War, after the Enrollment Act, passed in March 1863, established a quota system for drafting men into the Union Army from each Congressional district.

The most unpopular parts of this unpopular law were its exemptions, and in particular the provisions allowing draftees to procure a substitute, or simply to avoid service by paying the government a $300 fee.  The logic behind “commutation” money was that it would not only raise funds for the war effort but keep the cost of hiring a substitute below what it cost to exempt oneself entirely.  Still, the fee (equivalent to about $5,500 today) was no small sum for the farmers, laborers and clerks who found themselves called to war.

Nevertheless, when Henry J. McLean was drafted on May 13, 1864, he quickly paid over his $300 at Owensboro, Kentucky and was issued a receipt which, according to section 13 of the Enrollment Act, discharged him from further liability under the draft.  He might have considered himself lucky, for in July the federal government eliminated the commutation fee option, effectively removing the ceiling on the price of a substitute to serve in a draftee’s place.

Comments Off on The Economics of War