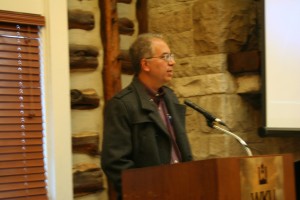 A group of 50 students and campus community members enjoyed the Faraway Flix film “A Separation” featuring the country of Iran in the Faculty House last Friday, March 21. Dr. Soleiman Kiasatpour, Associate Professor in WKU’s Political Science Department, gave an introduction to the film and led a discussion following the movie. 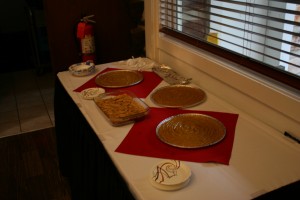 Prior to the film, a special Iranian meal was prepared by the family of Zahra Doostmehraban, WKU freshman from Tehran, Iran. Her mother and father are currently visiting and graciously prepared the food called Khoresht, Khalal, and rice.

Comments Off on Faraway Flix film “A Separation”