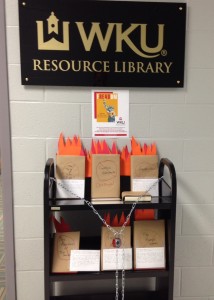 Several library locations are recognizing Banned Books Week with displays of books that have either been challenged or are currently being challenged. 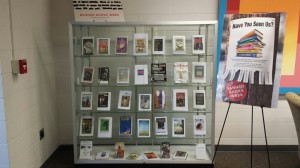 Launched in 1982, Banned Books Week brings  together reading communities in a shared effort to support the freedom to read, express opinions and ideas, and to generate an awareness of literature being challenged daily.

Several locations participated this year, including Owensboro, Elizabethtown, the Educational Resources Center, Helm-Cravens Library, and the Reading Room of the Special Collections Library. 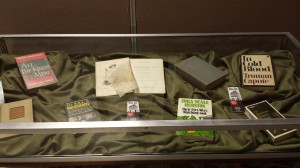 Banned Books week began September 21 and will continue until September 27, 2014. Go to http://www.bannedbooksweek.org/about for more information about the program.

Comments Off on WKU Libraries participates in Banned Books Week