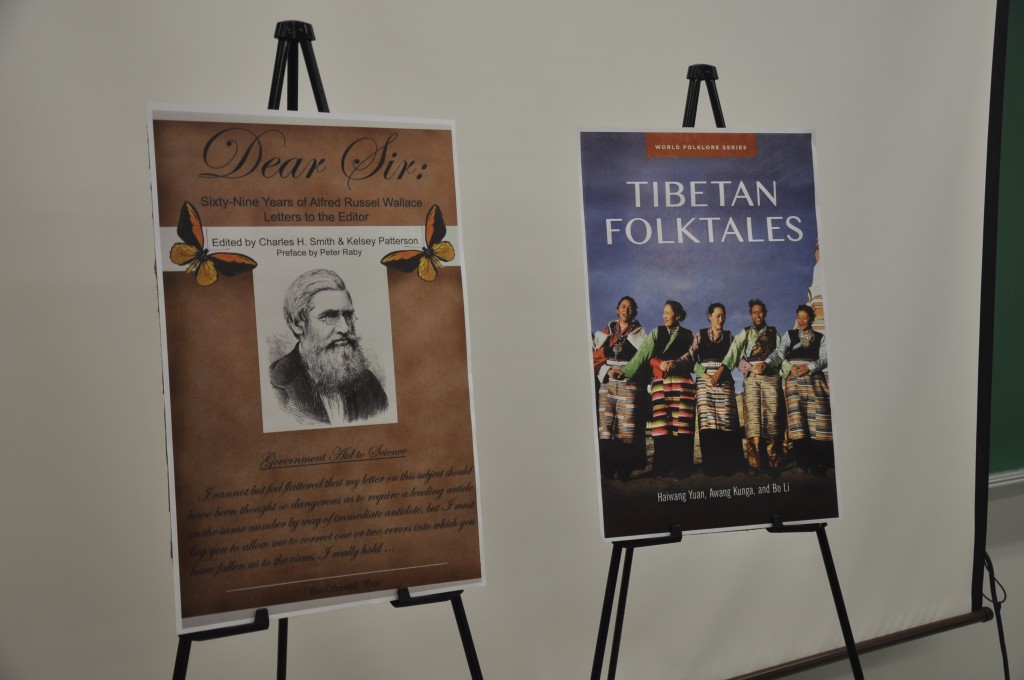 The Department of Library Public Services hosted a reception honoring Library Professors Haiwang Yuan and Charles Smith with recently published books. Yuan’s book, Tibetan Folktales, was published in November 2014 by Libraries Unlimited, an imprint of ABC-CLIO,LLC. The collection of folktales provides readers with an extensive overview of the breadth of Tibetan culture, revealing the character of the region and its people as well as their traditional customs and values.  Haiwang Yuan is professor of Library Public Services at Western Kentucky University, Bowling Green, KY. His published works include The Magic Lotus Lantern and Other Tales of the Han Chinese and Princess Peacock: Tales from the Other Peoples of China, both Libraries Unlimited titles, as well as This Is China: the First 5,000 Years and Celebrate Chinese New Year. Yuan holds master’s degrees in history as well as library and information science from Indiana University at Bloomington, IN.

Smith’s book, Dear Sir: Sixty-Nine Years of Alfred Russel Wallace Letters to the Editor, was recently released from Siri Scientific Press, featuring Alfred Russel Wallace, a contemporary of Charles Darwin and known in many circles as the “father” of evolutionary biogeography, and more than 200 of Wallace’s published works. Charles H. Smith, Ph.D., has been studying Wallace’s work for more than thirty years, and has several other books on him to his credit; he also maintains ever expanding research on his website, The Alfred Russel Wallace Page at Western Kentucky University, Bowling Green, where he is the Library Faculty for Science and Professor of Library Public Services.

Comments Off on Recent book publications by DLPS colleagues