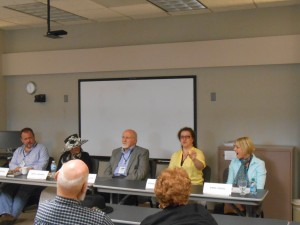 This year’s Southern Kentucky Bookfest held a morning session featuring cookbooks, in which a panel of five authors briefly discussed their new books and answered questions from the audience at the end. WKU Libraries Department of Library Public Services Head Dr. Brian Coutts moderated the session. 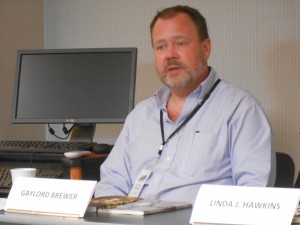 Gaylord Brewer, an English professor at MTSU and author of nine books of poetry and 800 other poems, spoke about his newest book The Poet’s Guide to Food, Drink & Desire. Inspired by cooking elaborate meals and meeting chefs, his book is filled with great recipes and humorous commentary that leaves readers laughing out loud. 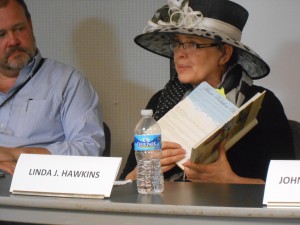 Morgantown, KY native Linda Hawkins has previously taught school, ran a daycare, and served as a crisis counselor for abused women and children and is now an award winning author. Her newest book Southern Seasons with Memory Making Recipes features her favorite recipes and remembrances to show readers how to get families involved in making meals and creating lasting memories. 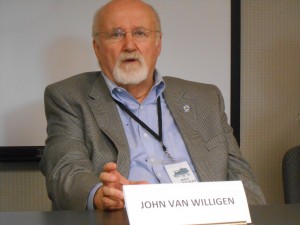 John Van Willigen, professor emeritus of Anthropology at UK, has authored many books from Anthropology to tobacco culture to his classic Food and Everyday Life on Kentucky Family Farms, 1920-1950. With his new book Kentucky Cookbook Heritage he explores two hundred years of Southern cuisine and culture through a diverse range of topics from Nancy Green, the original Aunt Jemima, to Duncan Hines and charity cookbooks. 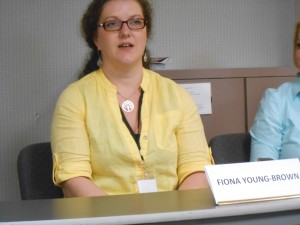 Fiona Young-Brown, author of
A Culinary History of Kentucky

Fiona Young-Brown is a native of the United Kingdom, with a BA from the University of Hull, and Iowa transplant with graduate degrees in Women’s Studies and Japanese from the University of Iowa. Now writing local history, she discussed her newest book A Culinary History of Kentucky which includes delicious recipes like Mafia Jam Cake and Jefferson Davis Pie. 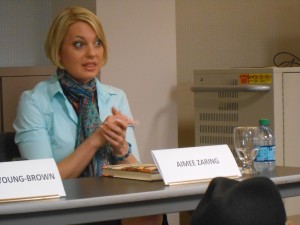 Aimee Zaring has an MFA in Creative Writing from Spalding and has taught ESL for Kentucky Refugee Ministries, Jefferson County Schools, and Global LT. In her book Flavors From Home she shares stories from Kentucky’s various refugee communities and the recipes of their traditional dishes from steamed dumplings from Bhutan to twice fried green plantains from Cuba. This book is about how food gives refugees comforts from home while expanding cuisine in Kentucky. 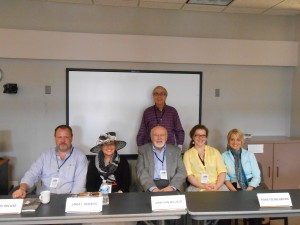 Comments Off on Cookbooks Authors at Southern Kentucky Book Festival