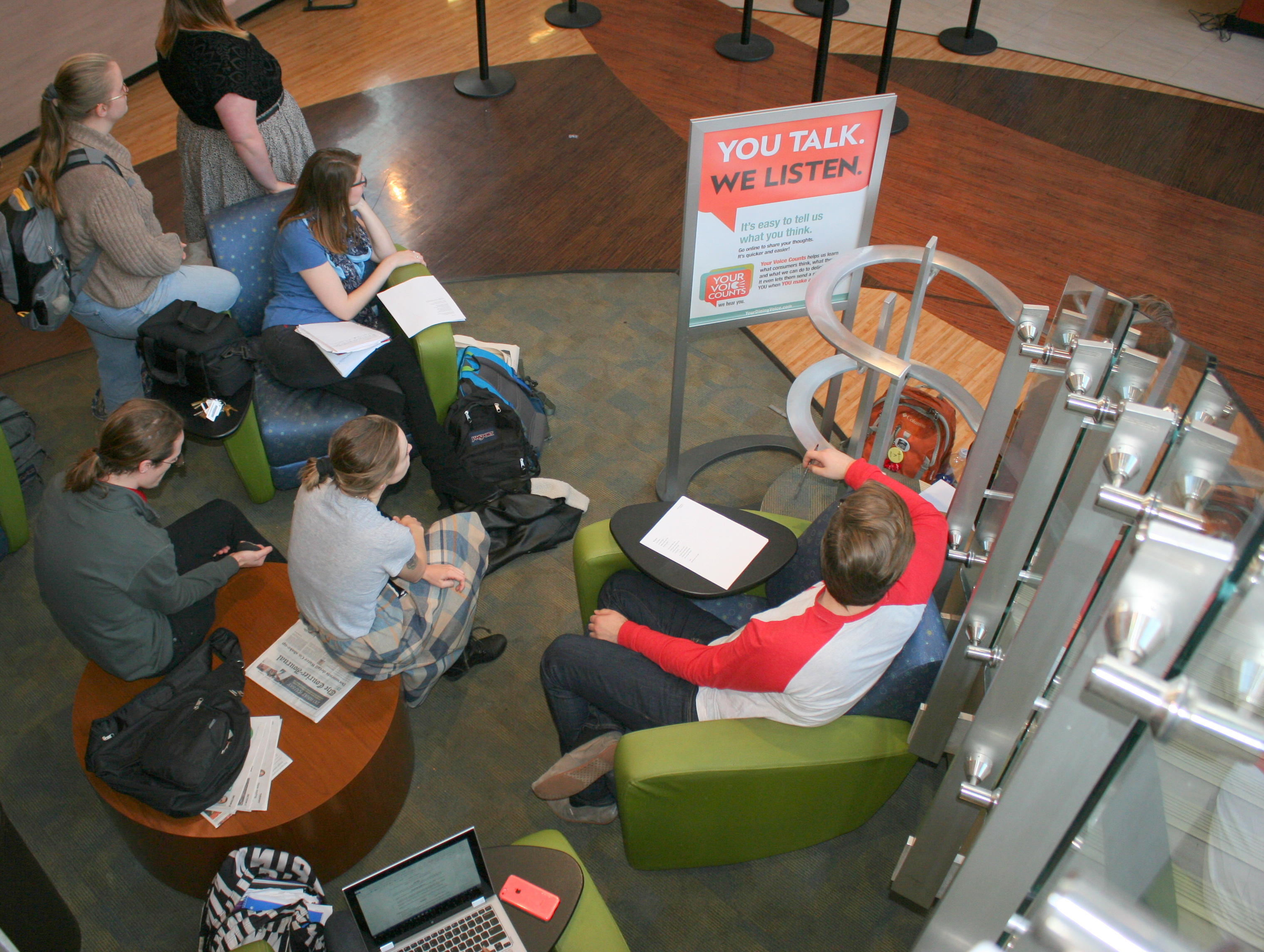 Late in the afternoon on Tuesday, November 10, members of the English Club began trickling through the doors at Java City, notebooks and hand-written pages in hand, backpacks crammed with brick-sized volumes of literature; the words of poets past and present buzzing in the air between the scent of brewing coffee and cinnamon roll samples. You may have seen the “Poetry Open Mic” fliers dotting tables and bulletin boards in the library (if not, you missed out; they were pretty cool).

The English Club and WKU Libraries teamed up to host this open mic on a small stage near the entrance of Java City. Eight student readers representing a broad swath of English interests and specialties took to the stage to read their wares to an audience that waxed and waned during the hour long event. Passersby and patrons tuned their ears to hear passionate verse exploring everything from heartbreak to politics to culinary obsessions to The Simpsons. A choral ensemble even showed up and showered the crowd with some lovely South African-themed song.

The impetus behind an event like this is pretty simple. Open mics and similar opportunities to share the written word encourage students to nix stage fright and get their work out there to a larger audience. It’s also just great reading practice to cultivate that poetic voice. Not only does this help poets practice rhythm, it builds community and creates a fun atmosphere where writers can be comfortable in sharing their writing with no judgment or criticism.

Next time there’s an open mic, don’t be afraid to share your work. You don’t have to be a Creative Writing Major – all are welcome. We’d love to have you join!

Do you have a literary event you’d like to bring to the library? Want to see more Open Mics and the like? Send Sara Volpi an email at sara.volpi@wku.edu, and she’ll help you out!

You Belong to Us: One Baby, Two Sets of Parents

Bowling Green author Molly McCaffrey was the speaker in the Kentucky Live! series on November 19, 2015 at Barnes & Noble Bookstore. She talked about and read from her newest book You Belong to Us: One Baby, Two Sets of Parents, a memoir which tells the story of her experience meeting her biological family just after her thirtieth birthday.

END_OF_DOCUMENT_TOKEN_TO_BE_REPLACED

Comments Off on You Belong to Us: One Baby, Two Sets of Parents 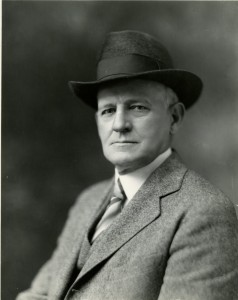 November 16 was designated as Founders Day by the WKU Board of Regents in 1930. In recognition of the 85th Founders Day, please enjoy this public affairs video from Founders Day 1974. This video was digitized and made available earlier this year as part of a WKU Archives Video Digitization Project.

Comments Off on WKU Founders Day 2015