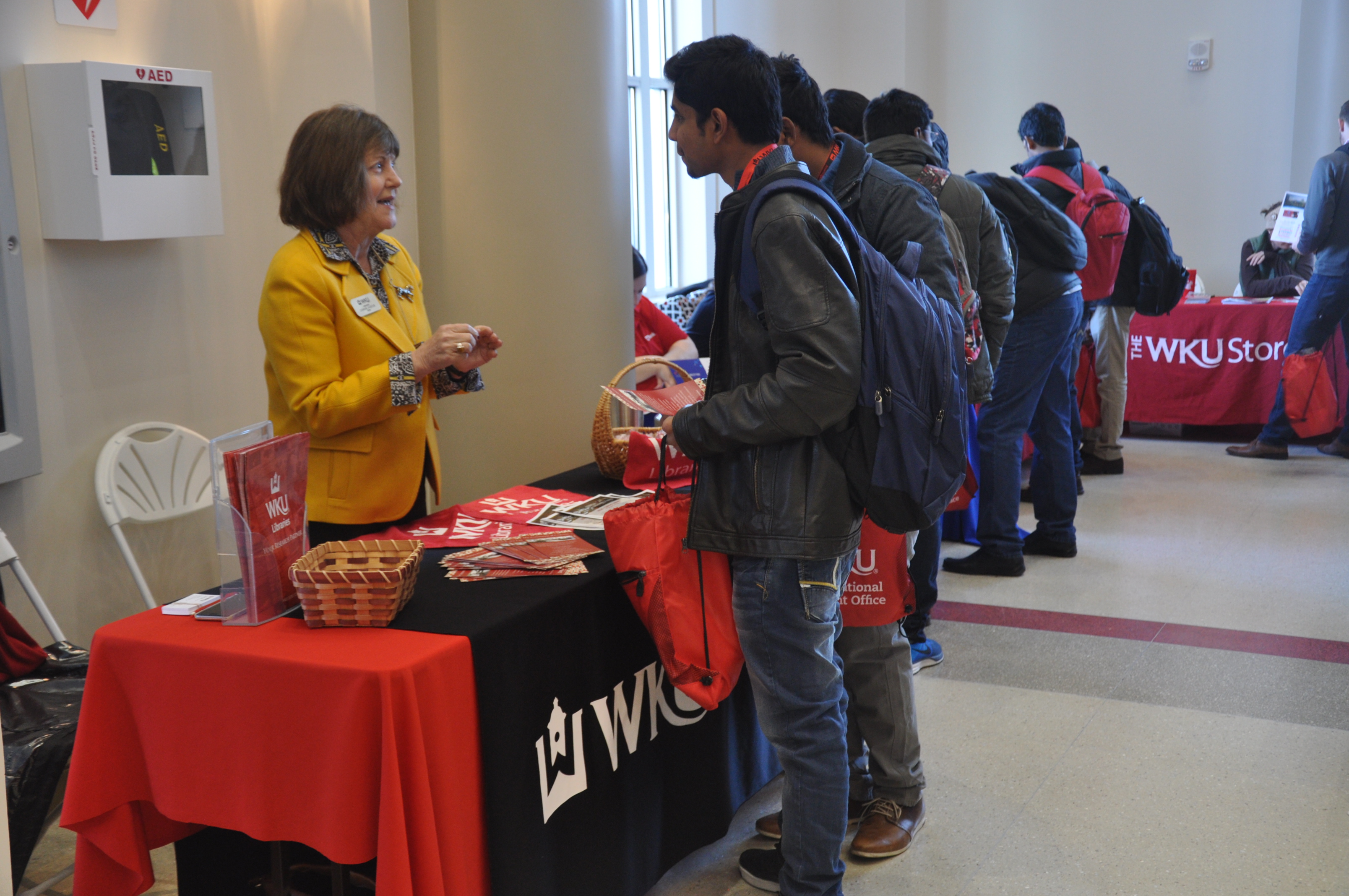 Comments Off on WKU Libraries Participates in International Student Fair

On the evening of February 11, 2016 at Barnes & Noble in Bowling Green, KY, WKU Libraries kicks off its spring season of Kentucky Live! with Tom Kimmerer, Chief Scientist at Venerable Trees Inc., in Lexington, KY. Tom Kimmerer talked about his new book Venerable Trees: History, Biology, and Conservation in the Bluegrass. A graduate of the State University of New York (SUNY) College of Environmental Science and Forestry in Syracuse, with a PhD. in Forestry and Botany from the University of Wisconsin-Madison, Kimmerer has studied trees and woodland for over forty years, the last thirty-two of which have been in the Kentucky Bluegrass.

END_OF_DOCUMENT_TOKEN_TO_BE_REPLACED

Comments Off on Venerable Trees: History, Biology, and Conservation with Tom Kimmerer

On the Plains of Mexico

Like his sister Sally, Charles E. Nourse (1826-1866) of Bardstown, Kentucky was an intelligent observer and capable correspondent.  In service with the 4th Kentucky Infantry during the Mexican War, Charles wrote home to his family of his experiences while on duty.  Three of his letters are now part of the Manuscripts & Folklife Archives collections of WKU’s Department of Library Special Collections.

“I am in the city of Vera Cruz and am very well,” Charles wrote his brother James in November 1847, but his landing at that Mexican port city had not been uneventful.  Asleep during the approach, he was awakened by a thunderstorm that kept his ship, and its seasick crew, tacking offshore for 3 days.  Afterward, he had a chance to explore the city, with its many tradesmen, war-damaged houses, and a few attractive “Senoretas.”  A month later, a long march took him through fascinating territory.  Of Perote Castle, the 16th-century Spanish-built fortress used by the Mexicans as a prison, he wrote that “a few bombs could kill every man in it and it is very unhealthy.”  While in the valley of Perote, Charles and his fellow soldiers heard gunfire in the distance and readied themselves for battle, only to learn that it had been an accidental discharge and that it had killed a young soldier from Louisville.  Finally, standing on a high point overlooking the valley of Mexico, Nourse found a 50-mile view that took in fertile fields, “six or seven cities with glittering spires & domes,” lakes, and snow-capped mountains.

With spring 1848, however, came the “sickly season,” when every day Nourse would hear the “solemn dead march” as its victims were taken to their final resting place.  Nevertheless, he assured his grandmother, he had emerged unscathed.  And besides, he reflected, “All have to die!  if a man be buried on the plains of Mexico without a stone to mark his place of rest or under a marble monument at home what is the difference when he is dead.”

Click here to access a finding aid for Charles Nourse’s letters.   For more collections on the Mexican War and other wars, search TopSCHOLAR and KenCat.

Comments Off on On the Plains of Mexico

A Woman’s View of the Fight

In Kentucky, the imminent breakup of the Union in 1861 and the approach of civil war sparked lively intra-family debates.  In the Brown Family Collection, part of the Manuscripts & Folklife Archives holdings of WKU’s Department of Library Special Collections, a transcribed letter to Charles Ewing Nourse (the Browns were his in-laws) from his older sister Sarah (“Sally”) Doom, the wife of a Nelson County tanner, eloquently shows her struggle to make sense of the war.

Was it a purely political question of states’ rights, Sally wondered, versus an intrusive federal authority?  “I cannot,” she wrote, “look upon the disruption of the most glorious Government that man ever saw, with any sympathy or pleasure.”  The whole, she believed, was greater than the sum of its parts, and the initial secession of South Carolina would lead to “the privilege of all to secede into innumerable petty states which can and will be overthrown and enslaved by any Foreign power that may desire it.”  Insisting that she was “very green to try to talk politics,” Sally nevertheless declared that “if I were a man I would devote myself to my country (if I had the sense).”

But she wanted to dig deeper into the matter.  “We ought to weigh the thing better than we have,” she continued.  To those claiming that secession would remedy the current crisis, and that it was worthwhile to “throw away” the benefits of a federal government, she cut to the chase:

Could I believe the South were actuated by noble feelings, I could sympathize with them.  But the grand moving object of ‘our noble progenitors’ is the survival of the African slave trade . . . in my opinion the most degrading, despicable occupation a people could engage in.

Comments Off on A Woman’s View of the Fight 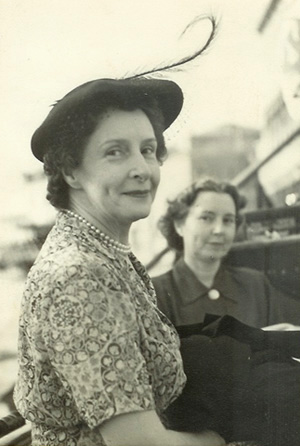