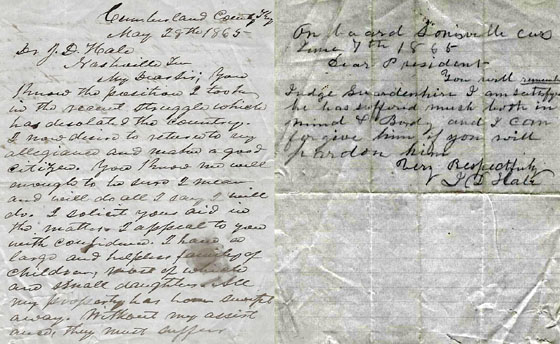 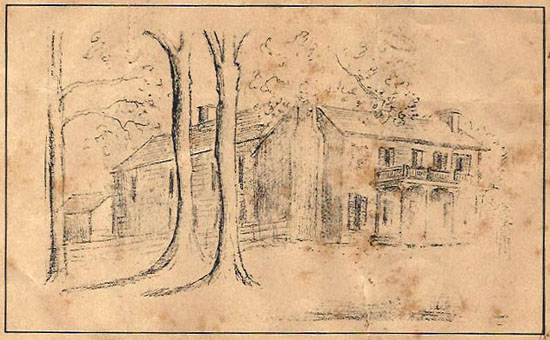 On July 17, 2017, the library hosted 46 students from the WKU Summer Start program. This program is a new offering that lets first-year first-time freshmen start college a month early. The students take two classes in order to create effective study habits and begin experiencing college before the fall semester begins. 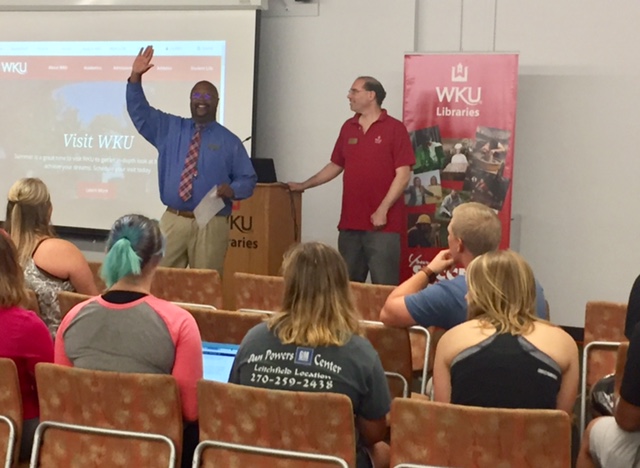 The Summer Start program contains a mixture of social and academic events. The participants work with peer mentors who teach them effective time management and study skills. They also receive introductions to various offices and services on campus that all students need to know about.

Derek Olive and Erin Holderman from Summer Start believe that the Libraries are one of the most important stops on campus. To Derek and Erin, the Libraries are so vital for college success that one of their first stops was the Helm-Cravens Library. In fact, students moved in on Saturday, started classes on Monday, and came to Helm-Cravens Library on Monday afternoon!

John Rowan; The Code reduced to writing in 1858

This week in 1804 saw one of the most famous duels in American history when, on July 11, Vice President Aaron Burr faced down his bitter rival, Alexander Hamilton. Hamilton, who died the next day of his wounds, had offended Burr’s honor by attacking him relentlessly during his attempts to secure renomination to the vice presidency and then to win the governorship of New York.

One of Kentucky’s most famous duels occurred on February 3, 1801 between John Rowan, the rising lawyer and politician of “Federal Hill” fame, and Dr. James Chambers.  Both men were prominent citizens, but their affair of honor began with a rather seedy encounter in a Bardstown tavern.  Chambers was irritated that night over his losses at cards, and Rowan, by his own admission, had had too much to drink.  They first argued over the card game; then Rowan, who had excelled in the classics as a student, disputed Chambers’s claim to possess greater proficiency in the “dead languages.”  This was enough for Chambers to issue a challenge, coupled with the threat that if Rowan did not accept, “he would publish him as a coward in every paper in the State.”

On the day of the duel, the men faced each other in the woods outside Bardstown.  Each took careful aim at the other, but missed.  A second round ensued, and Rowan wounded Chambers in the chest.  Then, as Frances Richards notes in her biography of Rowan, “the peculiar code of duelling” kicked in. Rowan gallantly offered to summon his carriage to take Chambers back to town. When Chambers died the next day and Rowan was arrested, even some of Rowan’s fiercest enemies “objected to having a man whose difficulties had been settled according to the ‘code,’ punished by law.”  In a letter to his brother-in-law, Rowan claimed that the dying Chambers himself had “begged his friends not to prosecute me.”   Commonweath Attorney Felix Grundy reportedly resigned rather than bring his boyhood friend to trial.  Ultimately, the charges against Rowan were dropped.  He went on to become Kentucky’s Secretary of State, a member of Congress, a state legislator, and a judge on the Court of Appeals.

Comments Off on The Code 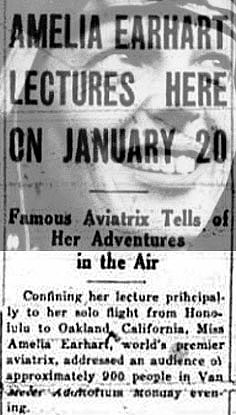 Amelia Earhart was on the final leg of her attempt to circumnavigate the globe when her plane disappeared over the Pacific on July 2, 1937.  Amid recent news of yet another claim that she might have survived her presumed crash into the ocean, we recall Earhart’s visit to Bowling Green only 18 months before she met her mysterious fate.

On January 20, 1936, Earhart took the stage at WKU’s Van Meter Hall.  The previous January, she had flown solo from Hawaii to California, and in May 1932 had become the first pilot to reproduce Charles Lindbergh’s solo flight across the Atlantic.  As she talked about her adventures, the reporter for WKU’s College Heights Herald was charmed.  “The slender aviatrix who, had she been attired in flying togs, might have been mistaken for Colonel Lindbergh, was simplicity itself, direct in manner with no affectations or pretensions and yet with a quality that won her audience.”  Earhart’s stage presence and presentation were delightful, but what really captivated the reporter was her humor, which “played in her serene, frank eyes full of intelligence and friendliness” and in her smile–“generous, jolly and wide.”

Earhart had driven from Lexington to speak and would soon depart for Nashville, but she was convinced that flying was safer than automobile transportation.  Driving “at a speed above 40 or 45 miles an hour,” she said, as reported in the Park City Daily News, “is more dangerous than flying in a plane at a speed of 150 to 200 miles per hour.”  The keys to success in flight, she maintained, were preparation and stress management.  For a pilot, hot chocolate, not coffee or tea, was the best tonic.

Among the audience of 900 at Van Meter Hall was Martha Potter, who had noted Earhart’s January 1935 Pacific flight in her diary.  In a letter to her grandchildren, she told them about seeing the famed aviatrix “who flew across the Atlantic by herself.  She was most interesting,” Martha wrote.  “I wish you could have heard her.”

Martha Potter’s diaries and letters are part of the Manuscripts & Folklife Archives of WKU’s Department of Library Special Collections.  Click here for a finding aid.  For more of our collections, search TopSCHOLAR and KenCat.

Comments Off on Aviatrix Comes to Bowling Green