Greyhound began in 1914 in a small mining town of Hibbing, Minnesota by two Swedish immigrants named Andrew “Bus Andy” Anderson and Carl Eric Wickman.  Detailed information about the Greyhound history, company, timelines, and founders can be located at www.greyhoundhistory.com.

Library Special Collections is now featuring a display with Greyhound Bus memorabilia from Kentucky in recognition of Greyhound’s 100th anniversary celebration.  The display contains books about Greyhound and also the periodical, Backfire, by the Southeastern Greyhound Bus Lines that can be found at Kentucky Library Research Collections.  Other interesting items contained in the display are bus schedules, tickets, toy buses, and photographs of vintage buses or old stations. 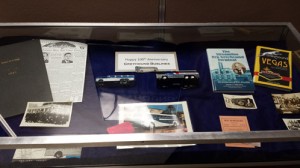 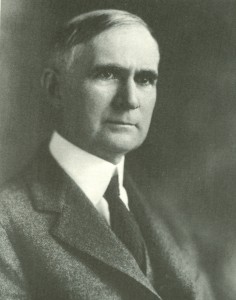 The Kentucky Digital Library was invited to participate in the Digital Public Library of America as one of the first four service hub partners.  KDL was selected based on the strength of their technological infrastructure and content.  The goal of DPLA is to “create a resource that goes well beyond providing simple access to digitized or born digital content.” DPLA also strives to “bring together the riches of America’s libraries, archives, and museums and make them freely available to the world.”

Comments Off on Kentucky Digital Library partners with DPLA 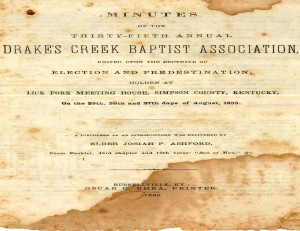 The annual minutes of Drake’s Creek Baptist Association have been recently acquired by the WKU Special Collections Library.  There are scattered issues of the minutes from 1847 – 1962.  The associational meetings were held in Allen, Simpson, Barren or Warren counties in Kentucky and a few Tennessee counties like Gallatin, Robertson, and Sumner as well. 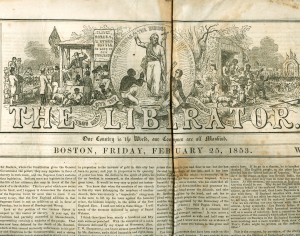 The anti-slavery newspaper, The Liberator, has been recently acquired by the WKU Special Collections Library.  William Lloyd Garrison was the editor and J. B. Yerrinton & Son were the printers.  These newspapers were published from 1831-1865 from the Anti-slavery office in Boston.  The motto of the newspaper, “Our country is the world, our countrymen are all mankind” can be seen below the front page, pictorial depiction of slavery.  The Special Collections Library now features 14 original print copies of various issues from 1853-1864 of this anti-slavery newspaper to add to the SCL newspaper collection.  Special thanks to Jonathan Jeffrey for noticing these important newspapers in a Texas store, while on the holiday break.

Comments Off on The Liberator, Anti-slavery Newspaper 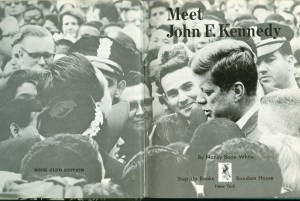