Recognizing Our Veterans for Veteran’s Day

Come see our display case on the 5th floor of Cravens commemorating our currently employed & student Veterans at WKU!  Thank you all for fighting for our freedom!!!

Comments Off on Recognizing Our Veterans for Veteran’s Day 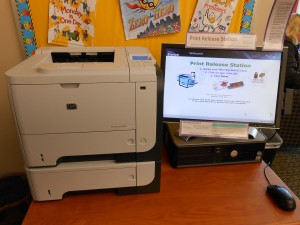 END_OF_DOCUMENT_TOKEN_TO_BE_REPLACED

Morgan Atkinson, writer and producer of Wonder, gave a presentation at the Kentucky Building in the WKU Libraries Kentucky Live! talk series on the evening of September 27, 2012. The presentation was a 20 minute preview of his new film about the lives of Anna and Harlan Hubbard first premiering in November. 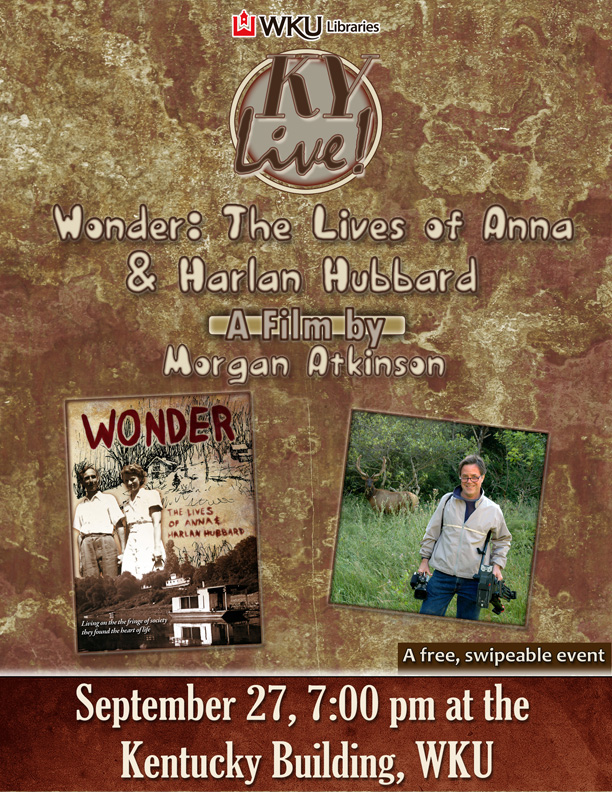 Wonder: The Lives of Anna and Harlan Hubbard

Anna and Harlan Hubbard led their lives as few people in modern times have – representing the pioneers of sustainability. Living in a house they built, sustained by food they raised or caught, supported by no electricity, the Hubbards, found their way without modern conveniences.

Morgan Atkinson, writer and producer of Wonder, lives in Louisville, KY, and has been recognized for his work documenting the philosopher/monk Thomas Merton, the writer/social activist John Howard Griffen and many more in the 25 years of his career.

This presentation by Mr. Atkinson will be a 20 minute preview of the new film Wonder first premiering in November.  The narrative and art is from the Hubbard’s journals, and will be accompanied by excerpts from Wendell Berry’s book on their lives.  Will Oldham and Katie Weible will be the voices of Harlan and Anna.  Soundtrack by: Ray Lamontagne.

Please join us September 27th, 7:00pm at the Kentucky Building for this event. This will be a swipeable event.

Comments Off on 1st Film Producer to Speak at KY Live! Morgan Atkinson