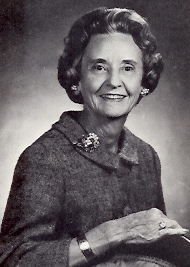 Irene Malone (Moss) Sumpter (1902-1996), a Warren County, Kentucky native and WKU graduate, was an author, genealogist and local historian.  She was a member of the Samuel Davies chapter of the Daughters of the American Revolution, Colonial Dames of America for the State of Kentucky, the Warren County Historical Society, the Landmark Association and the Hobson House Association.  In 1954, for the benefit of their daughter Reta, she and her husband Ward Cullin Sumpter (1903-1977) completed a genealogical project entitled “Our Daughter’s Ancestry.”  In 1976, she published Our Heritage: An Album of Early Warren County Kentucky Landmarks, and in 1985 published Medical Doctors of Bowling Green and Warren County, 1796-1985.  Over many decades, Mrs. Sumpter collected research in support of her publications as well as genealogical materials — wills, deeds and other legal documents, family pedigree charts, photos, letters and news clippings — tracing the lineage of dozens of families, many with Warren County connections.  Most letters and legal papers are photocopies, but some, mainly those of the Watson and Coleman families that reveal their relationship to Texas politician Collin McKinney (1766-1861), a signer of the Texas Declaration of Independence from Mexico, are originals.

An earlier collection of Sumpter’s research, totaling more than 1,300 items and housed in WKU’s Special Collections Library, has now been supplemented by a second collection of more than 700 items.  Finding aids for both collections can be downloaded here and here.

Comments Off on Sumpter Collection Expands