Southern Kentuckians love music! From the amateur playing his Hawaiian steel guitar to the singers and bands that have put WKU on the map, this region’s musical heritage is rich. Whether you like Country, Classical, Rap or Rock, you will find that Southern Kentuckians are indeed playing your song. Over the years, the Kentucky Library and Museum has collected a significant sheet music collection, photographs, sound recordings, posters, and ephemera illustrating the importance of music to this region.

Including Mary Clyde Huntsman’s Merry Makers, Duke Allen and the Kentucky Ramblers, WKU faculty musicians, Hawaiian steel guitar instructor Freddie Joe Lewis, local DJ Tommy Starr, New Grass Revival, and Kentucky Headhunters, a selection of treasures given by numerous musicians and collectors are displayed. Gospel musicians, including Hillvue Heights Music Group and John Edmonds’ Gospel Truth, and Country musicians, including Jordan Pendley, Cousin Emmy, and the Mighty Jerimiahs, provide evidence of the enduring popularity of all forms of music. Nappy Roots, Government Cheese and the Hilltoppers show the Hill’s influence on our song. Enjoy the exhibit in the Harry Jackson Gallery of the Kentucky Library and Museum during the Spring and Summer of 2010 and search “Southern Kentucky Music” on KenCat to explore the rest of our song. 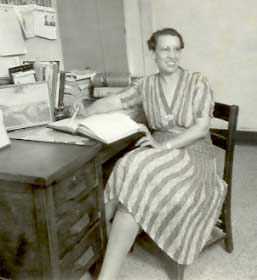 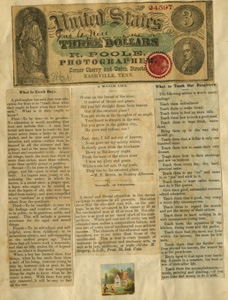 Elizabeth Curd Tucker was born February 9, 1863 near Glasgow, Kentucky. She attended Glasgow Normal School graduating in 1880 when she delivered the valedictory speech at commencement. The Glasgow Normal School was the first incarnation of what has become Western Kentucky University.  In 1975 her daughters donated Mrs. Tucker’s scrapbook to University Archives.

The scrapbook has been digitized and is now available on TopScholar.