The Crowd at Java City was thrilled by local music legend

as he performed all of his favorites like “Bowling Green,”

“This All I Get For Looking Like Burt Reynolds?”

and “I want your blood” a vampire love song. 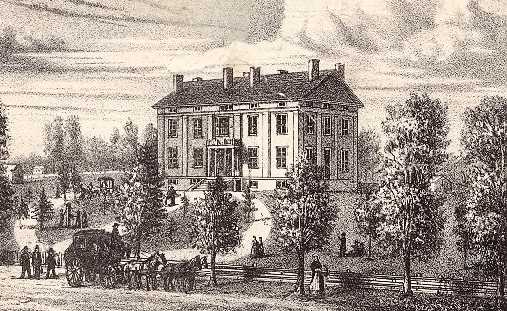 Samuel Baker, a Baptist minister, is credited with initiating the scheme to begin two Bethel Colleges in southcentral Kentucky, one in Russellville for males and one forty miles west in Hopkinsville for females. Born in Sussex County, England in 1812, Baker emigrated to the United States in 1834 to study theology. He started his ministerial duties at Alton, Illinois in 1837, followed by pastorates in Missouri and Shelbyville, Kentucky.

In 1841, Baptists from Russellville aggressively recruited Baker to take charge of their fledgling church. The group “cordially” invited Baker “to take up his residence” and become their pastor for an annual salary of $600. The pastor search committee admitted that “the church has been long without pastoral supervision,” but assured the candidate of the church’s unity. The committee also informed Baker that they were willing to wait up to six months for him to settle his personal affairs in Shelbyville before assuming duties.

Baker remained at Russellville for five years before taking a similar position at Hopkinsville Baptist Church, where he served for four years. While at Hopkinsville, Baker chaired Bethel Association of Baptists’s education committee.  Under his leadership, the Association appproved the establishment of Bethel College in Russellville; it began operation in 1854. That same year Baker delivered an address at the Association’s annual meeting outlining the needs for a similar institution for young ladies. The Russellville school remained in operation until 1933; its female counterpart stayed open until 1964. Baker later served churches in Nashville, Williamsburg, NY, Chicago, Evansville and Brooklyn, New York. In 1873 he returned to the church in Russellville and pastored there until 1885.

The Kentucky Library and Museum owns a small collection of letters and documents that belonged to Baker. This material includes facsimiles of letters written by important Baptist leaders of the eighteenth and nineteenth centuries. The collection also contains some of Baker’s personal correspondence related to his pastorates. The finding aid for this collection can be found here. For more information about Kentucky Baptists in the Kentucky Library & Museum collections search KenCat and TopSCHOLAR.

Comments Off on Baptist Begat Both Bethels