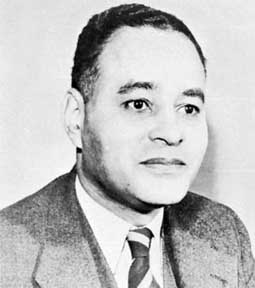 Public supported education for African Americans in Barren County began inauspiciously in 1866, when the General Assembly earmarked a mere one-half of revenues generated from taxation of property owned by blacks for the support of black schools in Kentucky.  Although common school funds were later distributed to districts on a strictly per capita basis, black schools continued to struggle; the number of black elementary schools in Barren County declined from 27 in 1892 to 18 by 1931.

In Glasgow, the Glasgow Training School served black elementary students as a unit of the county system.  In the mid-1920s, the school added two years of high school work, which was soon expanded to four.  In 1950, the school became the first state-accredited, 12-year institution for black students in Barren County.  It was renamed the Ralph Bunche School in honor of Ralph Bunche (1904-1971), a political science professor, civil rights advocate, diplomat and Nobel Peace Prize winner.  Today, the school is succeeded by the Bunche Center which, along with the Liberty District Association, seeks to aid and counsel high-risk youth and families.

In 2009, with funding from the Kentucky Oral History Commission, a WKU student interviewed 10 African Americans about their experiences at the Ralph Bunche School when it was still a segregated institution.  The seven women and three men talk about the school, its teachers, the values they learned there, segregation and attitudes toward African Americans, and the importance of the school to the community.  Their recorded interviews are part of the collections of WKU’s Special Collections Library.  Click here to download a finding aid for the Ralph Bunche Community Center Oral History Project, and here for a related series of interviews about the Ralph Bunche National Historic District in Glasgow.  For more on African Americans in Kentucky, search TopSCHOLAR and KenCat.

Comments Off on The Ralph Bunche School