“It was a thrill to be honored by one of the nation’s most distinguished Library Science Programs and to return to LSU where I met my wife Karen,” said Coutts.

Coutts earned his PhD and MLS from LSU.   LSU School of Library and Information Science Director Beth Paskoff noted that Brian had twice appeared on the front cover of Library Journal, the nation’s leading library trade journal, where his award winning feature “Best Reference Sources of the Year” has appeared annually since 1986. 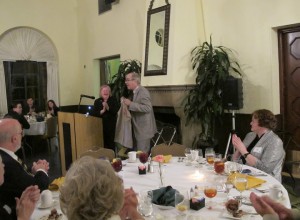