A century ago this month, on August 15, 1914, the steamship Ancon traveled fifty miles through the Panama Canal, making it the first vessel to pass from ocean to ocean through one of the world’s greatest shortcuts.

The Ancon‘s transit through the Canal marked the completion of a daring and ambitious engineering project.  This decade-long effort to save seagoing traffic the time-consuming and hazardous 8,000-mile detour around the southern tip of South America nevertheless cost about 5,600 laborers’ lives through accidents and tropical disease.  Amazingly, another 22,000 are estimated to have died during a failed French attempt to construct a canal in the 1880s.

In 1979, a treaty signed by President Jimmy Carter returned most of the Panama Canal Zone, then a U.S. territory, to Panama’s control.  The remainder of the territory, known as the Panama Canal Area, was returned in 1999.  Today, the Canal is a neutral international waterway through which some 15,000 ships pass each year.

Significant anniversaries such as the Panama Canal’s centennial allow WKU’s Department of Library Special Collections to showcase relevant material about the landmark occasion and to demonstrate how international events affect even local people.  Besides printed material related to the Canal, Special Collections also holds photographs of the engineering marvel, letters of people who worked in and visited the Canal Zone, and sound recordings that feature comments about the Canal when it became a political topic in the 1970s.  We will be sharing some of these items on the blog during the month of August.

Out of the Box – July

This month’s out of the box items are a salute to Potter College of Arts & Letters. 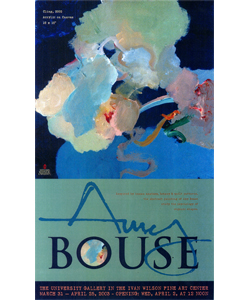 Comments Off on Out of the Box – July