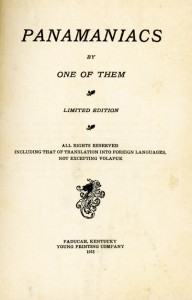 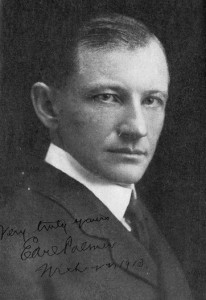 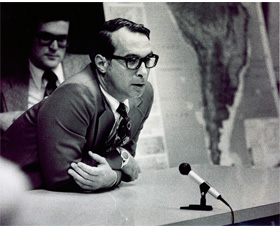 Created in 1962 the Latin American Studies Program provides students with opportunities to study and experience Latin America and the Caribbean.  To this end the program sponsored a series of seminars regarding the control and use of the Panama Canal in 1977. Experts attending the spring conference included Michael Yohn of the Bureau of Inter-American Affairs pictured here along with his colleague Lauralee Peters,  Eric Baklanoff of the University of Alabama, Alvaro Garcia-Pena an international business consultant from Washington, DC, Robert Dowland of the Department of Commerce and WKU’s Kenneth Cann.