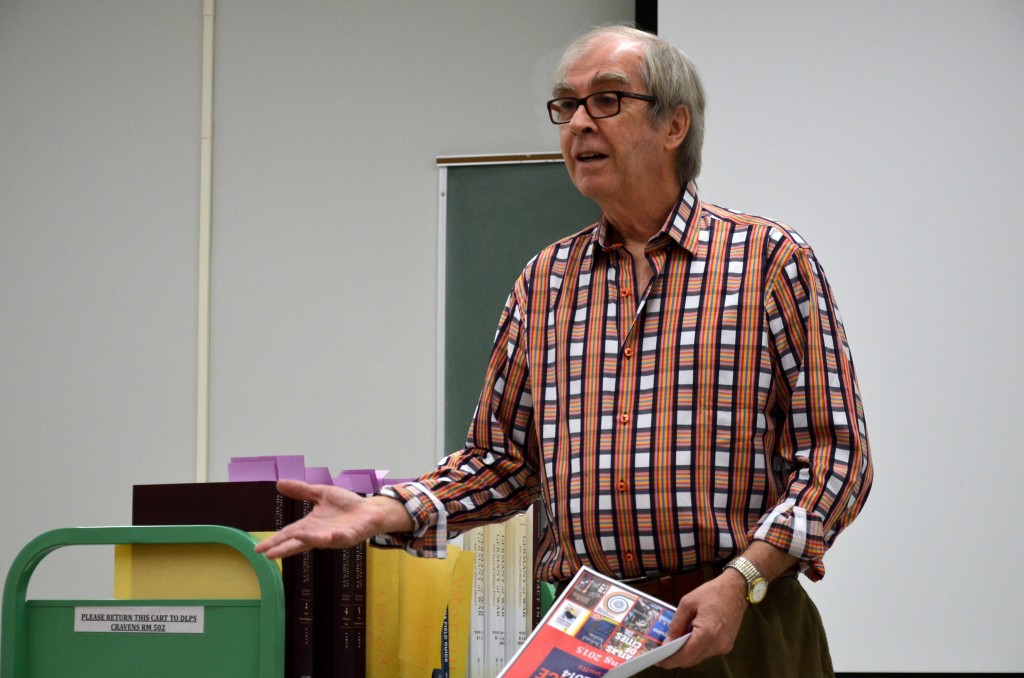 Brian Coutts gave his annual workshop on the “Best Reference Sources of the Year” an annual selection he makes for Library Journal,  the nation’s oldest and leading trade journal.  The article appears in the March 1, 2015 issue in both print and online.  This year’s list included 33  titles from 20 different publishers’ including 12 university presses.  This is the 29th consecutive year Brian has been involved with this project either as a consultant, coauthor or author.  A reception followed with strawberry cake from Cocomo’s and Balinese coffee imported by Spencer’s. 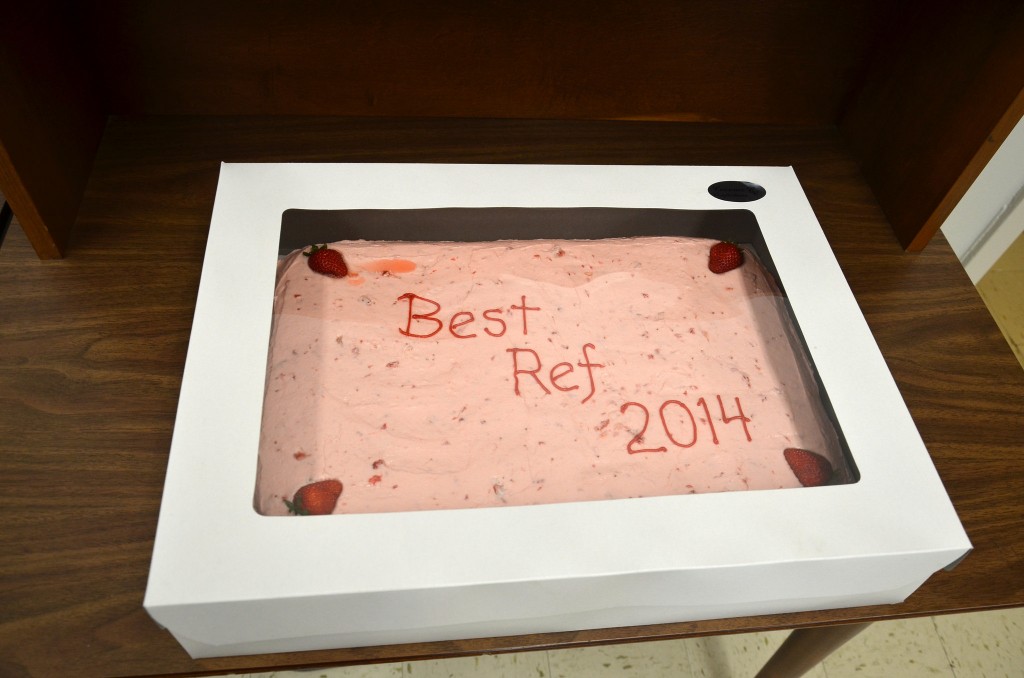 Strawberry cake from Cocomo’s at reception 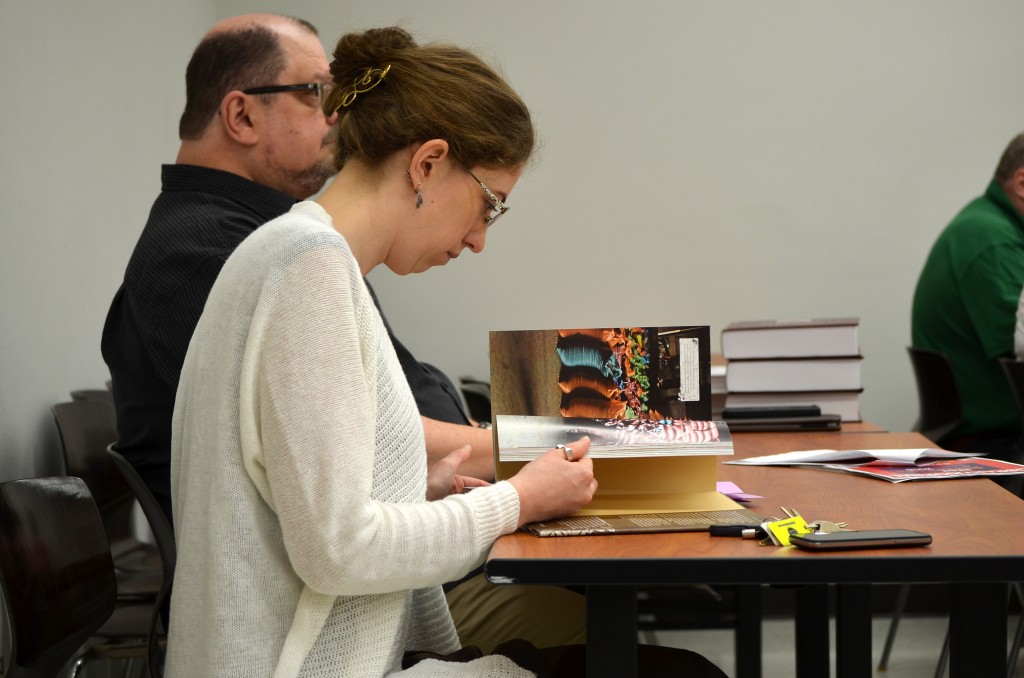 WKU Libraries faculty and staff were invited to attend.
Laura Delancey skims one of the Best Reference volumes as John Gottfriend listens to the presentation.

Comments Off on Best Reference Sources of 2014