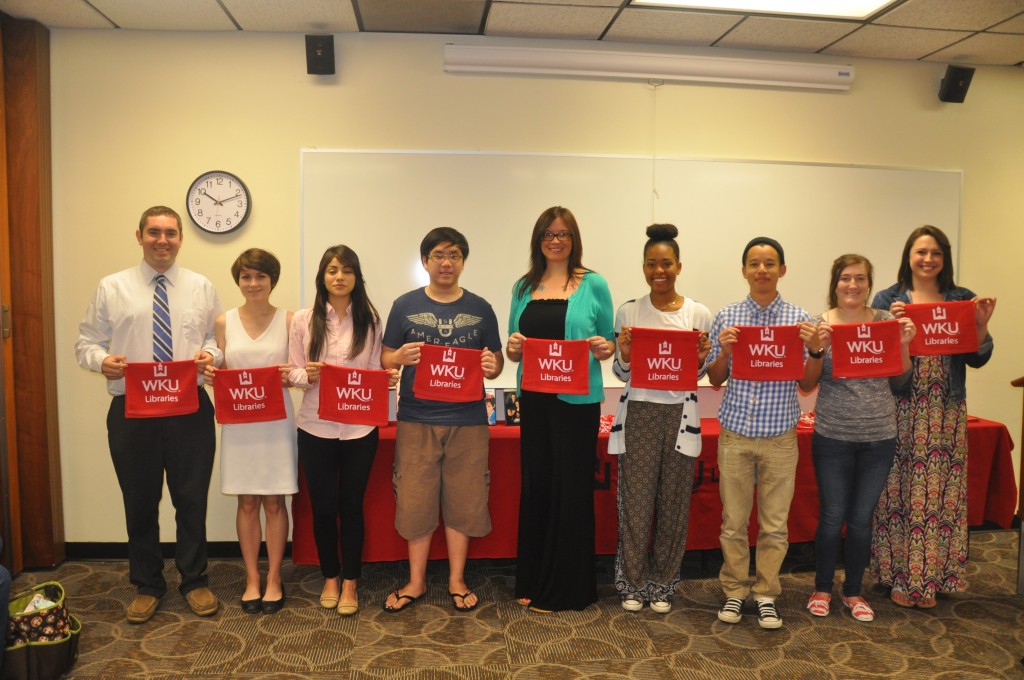 WKU Libraries honored its graduating seniors and library assistant scholarship recipient this past week at a reception in Cravens Library.  Fifteen library student assistants, some working as many as four years with the libraries, graduated this past weekend, including Emily Anderson, Kelsi Campbell, Danielle Davenport, Katie Decoursey, Ling Hao Liu, Christopher McConnell, Lyndsey Pender, Anna Pettus, Cecia Reyes, Ayaz Sadal, Kameron Simmons, Kelli Storm, Hieu Vo, Rachel Wyatt, and Anna Young. Dean Connie Foster recognized Abby Zibart, the library scholarship recipient, and also congratulated the graduating students. Library Department Heads Brian Coutts, Deana Groves, and Jonathan Jeffrey announced each student assistant from his and her respective work area and honored them with certificates, red towels, and a graduation gift from WKU Libraries. Each student picked out a book or video that will be housed in one of the libraries with a name plate in honor of the graduating student.

“We look forward to this time each semester to honor our graduating student workers,” said Amanda Hardin. “Some of them have been here for several semesters and through summers so they become like family to us. It’s just a small way to thank them for their time with us at WKU and show them how much we appreciate them.”