WKU’s Department of Library Special Collections recently acquired a rare set of newsletters that highlight the richness of Southern Kentucky Music and the loyalty of its followers. Journalist, author and Muhlenberg County, KY native, Bobby Anderson produced for several years, a newsletter 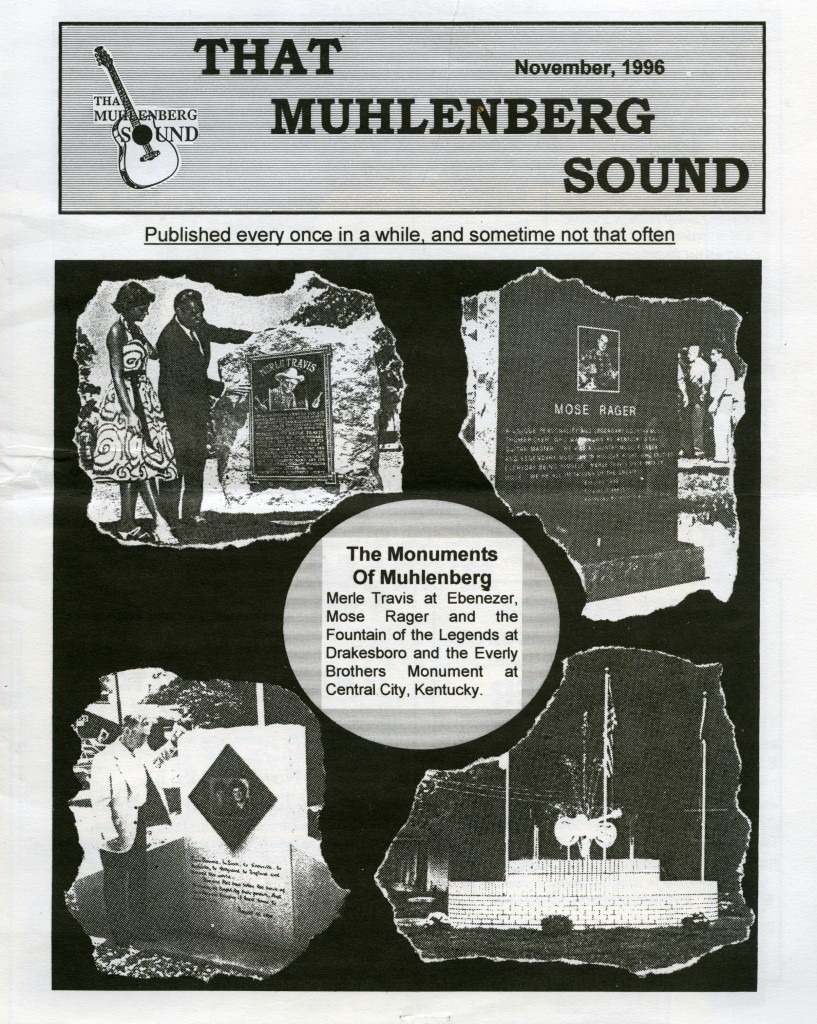 devoted to “that Muhlenberg sound.” The newsletter, by the same title, was “published every once in a while, and sometimes not that often.” It began in 1994 with Vol. 1, No. 1, featuring discussion of a musical documentary on coal mining, an Everly Brothers festival in Central City, KY and the “Home of the Legends” thumb picking contest winners. Other issues include articles about such varied topics as: a new cassette by the late thumb picker Bobby Barber of Sale Creek TN, Mose Rager Day, “Home of the Legends” thumbpicking open class, Les Haney (former Merle Travis picking buddy) cassettes, National Thumb Pickers Hall of Fame inductions and history. Other issues showcase “behind the scenes” stories such as the tale of how Merle Travis and his wife were married when a couple of other fellows became their “pappies.”

See this newsletter and other Southern Kentucky music related items at the Special Collections library. Search the collection by using KenCat, TopSCHOLAR and the One Search online catalog.

Comments Off on That Muhlenberg Sound