Bribes, Bullets, and Intimidation: Drug Trafficking and the Law in Central America 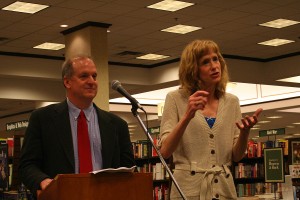 Professor Michael Fowler and Dr. Julie Bunck, Department of Political Science, University of Louisville will give a talk on the infamous topics of drug trafficking and the struggle for power in Central America. Many talks have been given on local paraphernalia abuse, but until now, we have lacked knowledge particularly on multimillion dollar international drug smuggling. Mr. Fowler and Dr. Bunck have focused their research on Belize, Costa Rica, Guatemala,  Honduras and Panama. They will give us a clear panoramic picture of drug trafficking in Central America and how some governments allowed these types of activities to further influence the community in the failed war on drugs.

Come out to our WKU Libraries sponsored event at Barnes and Noble Booksellers (1680 Campbell Lane, Bowling Green, KY) on Thursday, April 11th, 2013 at 7pm. This is a free and open to the community event in which WKU students can swipe their ID for credit.

Comments Off on Bribes, Bullets, and Intimidation: Drug Trafficking and the Law in Central America