Faraway Flix – Germany: The Lives of Others 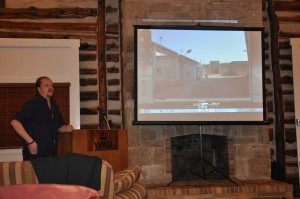 WKU students, faculty, and staff enjoyed the second film of the semester on Friday, October 18 as part of the Faraway Flix international film series at the Faculty House. The featured film “The Lives of Others” is a 2006 German thriller by Florian Henckel von Donnersmarck. Roger Murphy, WKU Associate Professor from the Department of Political Science introduced the film and led a brief discussion at the end of the viewing. German snacks were provided and a few students won door prizes at the end of the night.

Comments Off on Faraway Flix – Germany: The Lives of Others