The Great War in Russian Memory 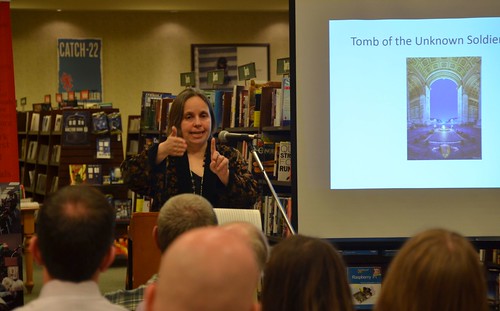 Russian historian Karen Petrone, Professor and Chair of the History Department at the University of Kentucky in Lexington, talked about her book The Great War in Russian Memory, published by Indiana University Press. Using memoirs, literature, films, military histories, and archival materials, she shows that World War I, while never officially commemorated, was the subject of “a lively discourse about religion, heroism, violence and patriotism” during the interwar period. Her talk was part of the WKU Libraries’ “Far Away Places” speaker series and took place on the evening of Thursday, April 17, 2014 at Barnes & Noble Bookstore.

Our next speaker in our Far Away Places series on Thursday, April 17 at 7:00 p.m. at Barnes & Noble Bookstore will be Russian historian, Karen Petrone, Professor and Chair of the History Department at the University of Kentucky in Lexington. 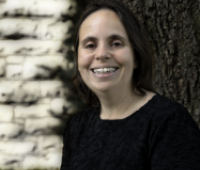 A graduate of Harvard University, Petrone received her PhD from the University of Michigan and joined the faculty of the history department at the University of Kentucky in 1994.  Her first major monograph Life Has Become More Joyous Comrades: Celebrations in the Time of Stalin was published by Indiana University Press in 2000 as part of its series in Russian and East European Studies.  In it she used previously  inaccessible Soviet archives to  explore how in the Soviet Union in the 1930s, public celebrations were more than a mere diversion but rather part of a reward system that valorized some citizens “as the best people of the Soviet Union” while encouraging others to follow the example of these heroes.

In her second major work The Great War in Russian Memory published in 2011 by Indiana University Press, she uses memoirs, literature, films, military histories, and archival materials to show  that that World War I,  while never officially commemorated, was the subject of “a lively discourse about religion, heroism, violence and patriotism” during the interwar period.  In November, 2013 Karen received the Heldt Prize for the “Best Book By a Woman in Slavic/East European/Eurasian Studies at the Annual Meeting of the Association for Slavic, East European, and East Eurasian Studies convention in Boston. 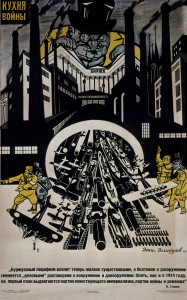 Poster, Deni and Dolgorukov, “The Kitchen of War” 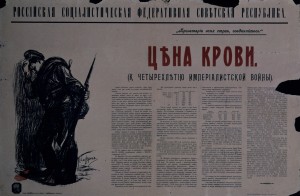 Drawing by Leonid Pasternak “The Price of Blood” 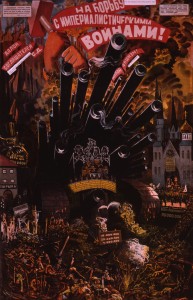 Poster, “To the Struggle against Imperialist Wars”

She’s contributed articles for the Encyclopedia of Russian History (Macmillan Reference, 2004) including one frequently cited on “Lenin’s Tomb” , coedited  The New Muscovite Cultural History: A Collection in Honor of Daniel B. Rowland and Gender Politics and Mass Dictatorship: Global Perspective.  Her newest publications include  a chapter “Models of Selfhood and Subjectivity: The Soviet  Case in Historical Perspective” in Mass Dictatorship and Modernity published in print in November, 2013 and online in February 2014 and this spring’s  Everyday Life in Russia Past and Present from Indiana University Press. 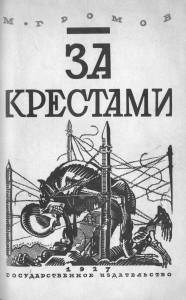 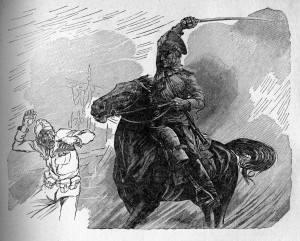 Her primary research interests include Russian and Soviet history, gender history and cultural history.  She recently taught a new class “Reimagining Russia” as part of the UK’s “Passport to the World Series.”  Students reviewing her classes noted “she’s brilliant in the classroom.” 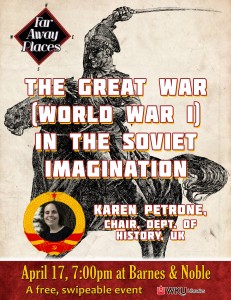 Comments Off on The Great War in Russian Memory