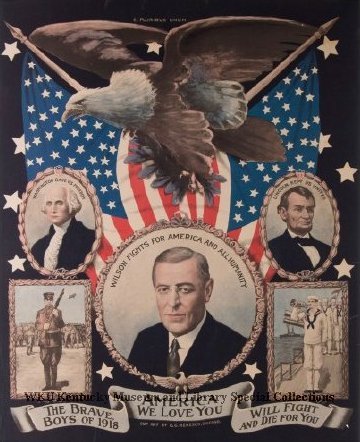 World War 1, this was it, this was going to be the “the war to end all wars.” Sadly, as we all know, this did not happen. The cessation of hostilities between the Allied nations and Germany occurred on November 11, 1918 so the 100th anniversary will soon be commemorated. The first’s years commemoration occurred in November 1919 as President Woodrow Wilson proclaimed: “To us in America, the reflections of Armistice Day will be filled with solemn pride in the heroism of those who died in the country’s service and with gratitude for the victory, both because of the thing from which it has freed us and because of the opportunity it has given America to show her sympathy with peace and justice in the councils of the nations….” The war however would not officially end until the signing of the Treaty of Versailles several months later. The war affected South Central, Kentucky as it did the whole country. In Warren County, the citizens of our area responded quickly with about 1000 serving in the war; four received Distinguished Services Crosses; two were awarded the Croix de Guerre; 49 gave their lives during the war. In the holdings of the Kentucky Library Research Collections are photographs, real photo postcards, and other materials. One of the highlights of the collection is a rare poster featuring Presidents George Washington, Abraham Lincoln and Woodrow Wilson with accompanying text: “Washington gave us freedom,” “Lincoln kept us united,” and “Wilson fights for America and all humanity.” These are primary sources, the raw materials of history, and they bring the first great worldwide conflict of the twentieth century to us in direct, unfiltered ways. Photographs from albums documenting World War I era service and stereo cards that were produced by the Keystone View Company show the events and tragedy of World War I. For more visual collections, search TopScholar or KenCat or contact Special Collections at 270-745-5083 or spcol@wku.edu 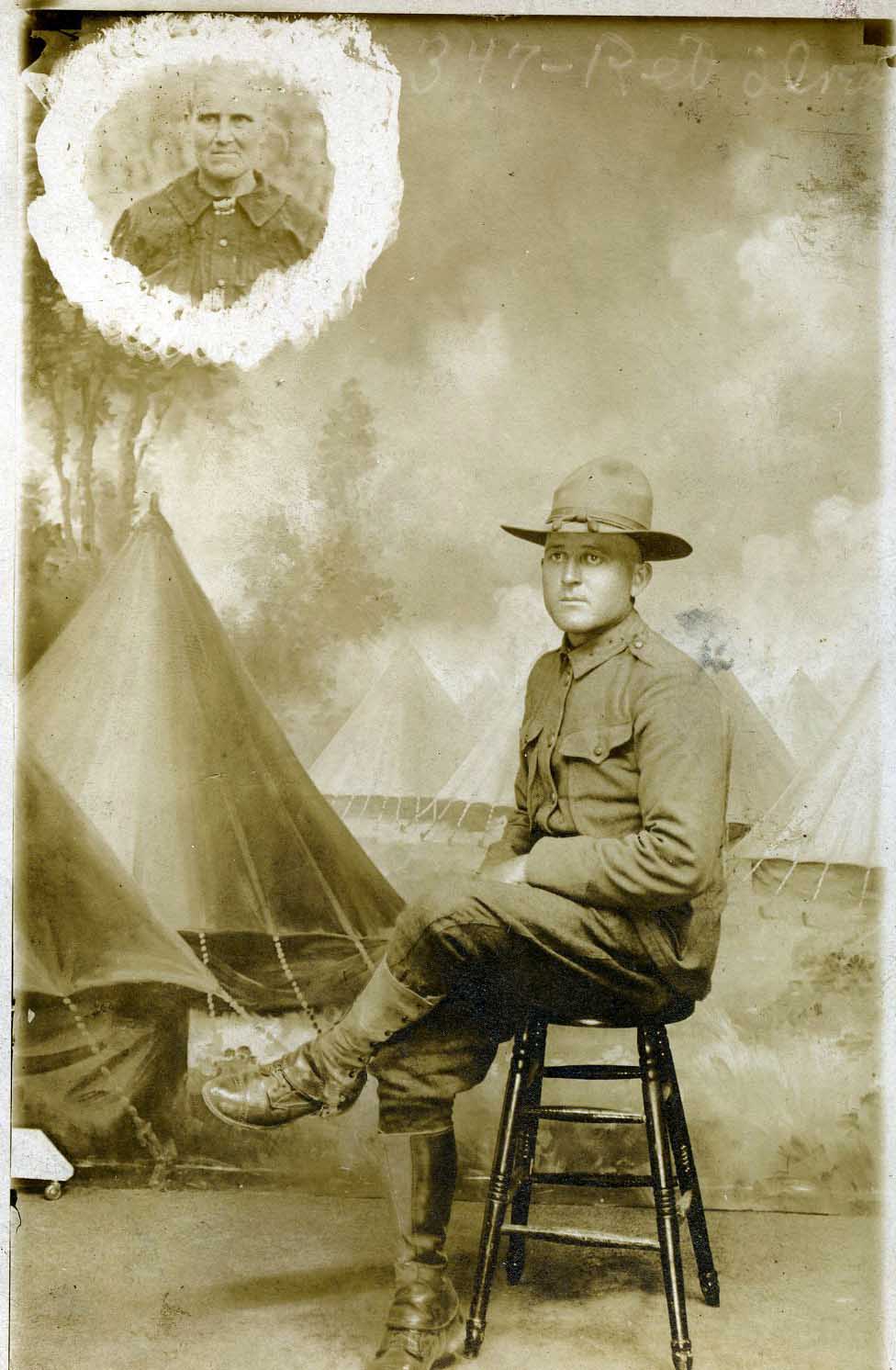 Comments Off on Picturing World War 1